‘From saxophone-centred sophistication to groove-filled gorgeousness, the trio of tracks delivered everything.’

Gig Review
Opening the third EFG Elements concert for London Jazz Festival 2019, saxophonist Camilla George received the warmest of welcomes as she headed to the stage alongside bassist Daniel Casimir and drummer Winston Clifford. Forming the trio of musicians who would guide us through the first half of the night at Cadogan Hall, with the second half soundtrack being provided by Christian Sands, it immediately became clear that the venue was to turn into an intimate jazz club. So, with the applause fading and the resulting silence being of pin-drop proportions, the set began.

Completely generating an intimate atmosphere, the most captivating of sounds emerged and feeling gorgeously effortless, it was a beginning we could have only hoped for. Likewise, with the attention of the audience fully on the sound, it was clear that everyone was just as eager to experience the trio’s musicality as the person they were sat next to. Building from almost nothing, this live version of ‘Mami Wata’ from Camilla’s 2016 album ‘Isang’ showcased everything. It had tight-as-could-be drumming. It had rhythmical explosions. And it had standout solos from both Camilla and Winston. In what was to be a set of only three tracks, there was no doubt that within the first she had made her mark on everyone.

Bringing contrast to the set, moving to the second track, the energy which we had arrived at towards the end of the opener made way for saxophone-centred seduction. Shifting seamlessly from the previous musical explosions to sultry sophistication, ‘The Most Useful Slave’ meant couldn’t help but be constantly drawn to Camilla’s musicality. Noticeably different in arrangement to the version featured on her 2018 album ‘The People Could Fly’, it took the intimacy to another level and was completely captivating. However the captivation went beyond the sound itself. 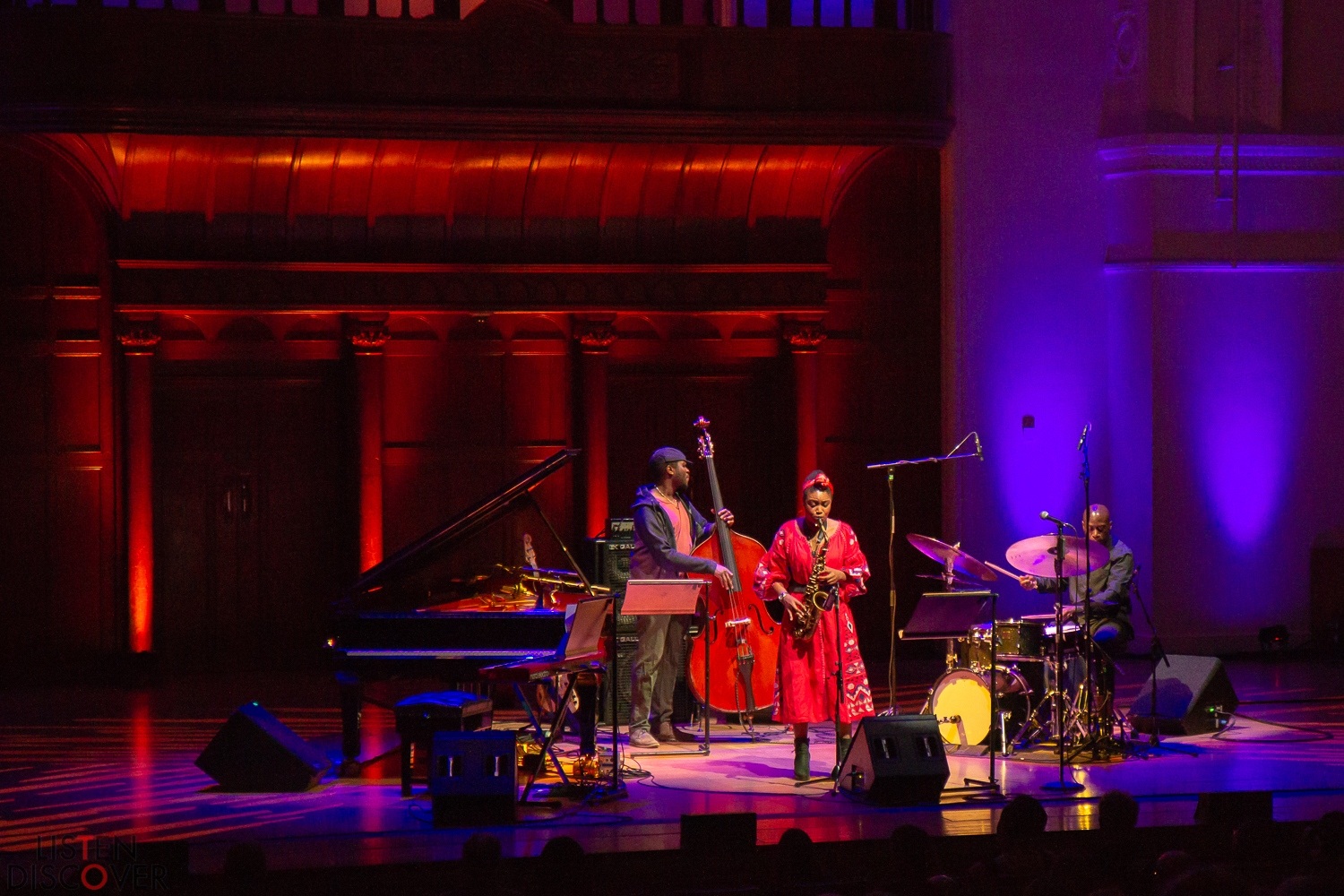 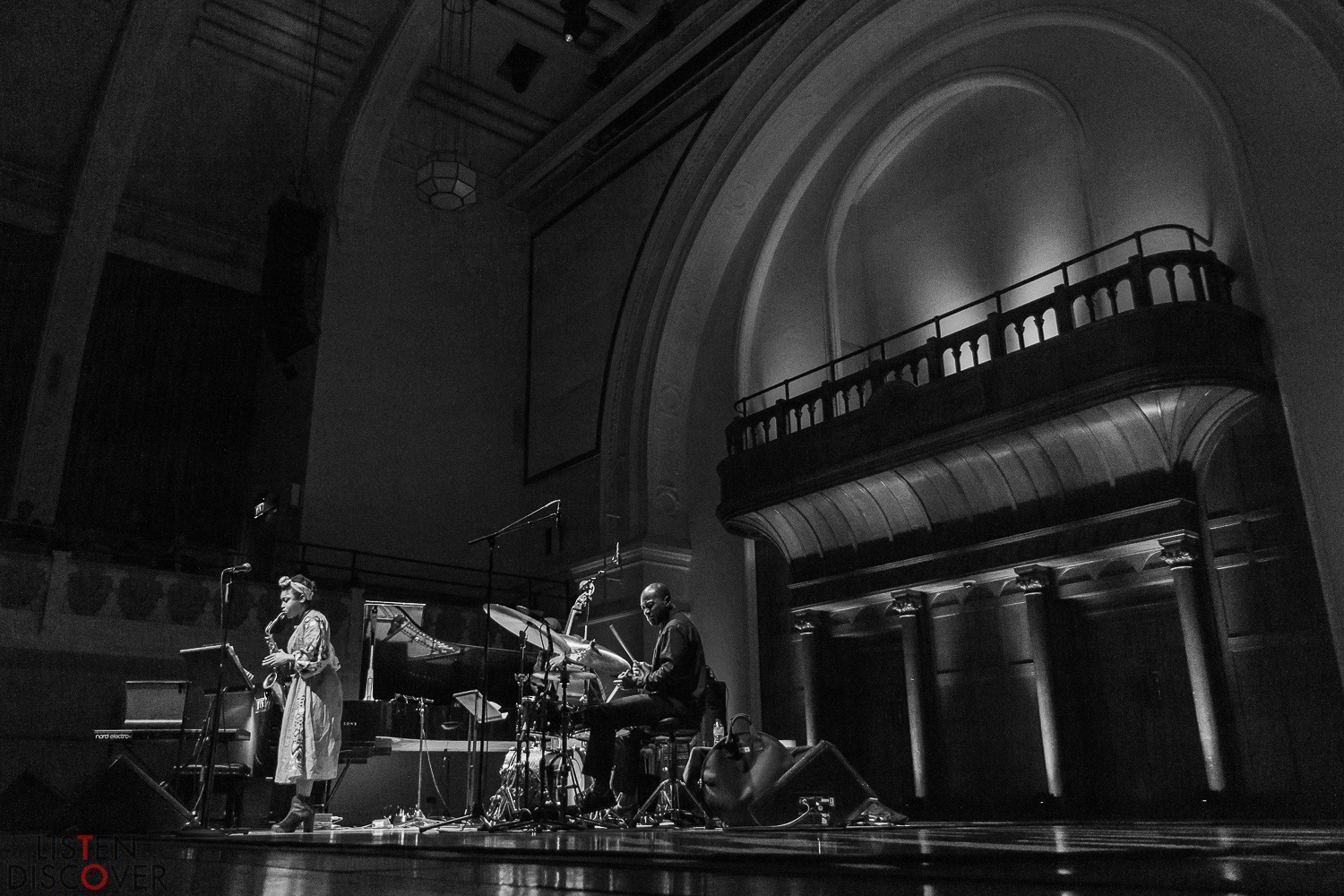 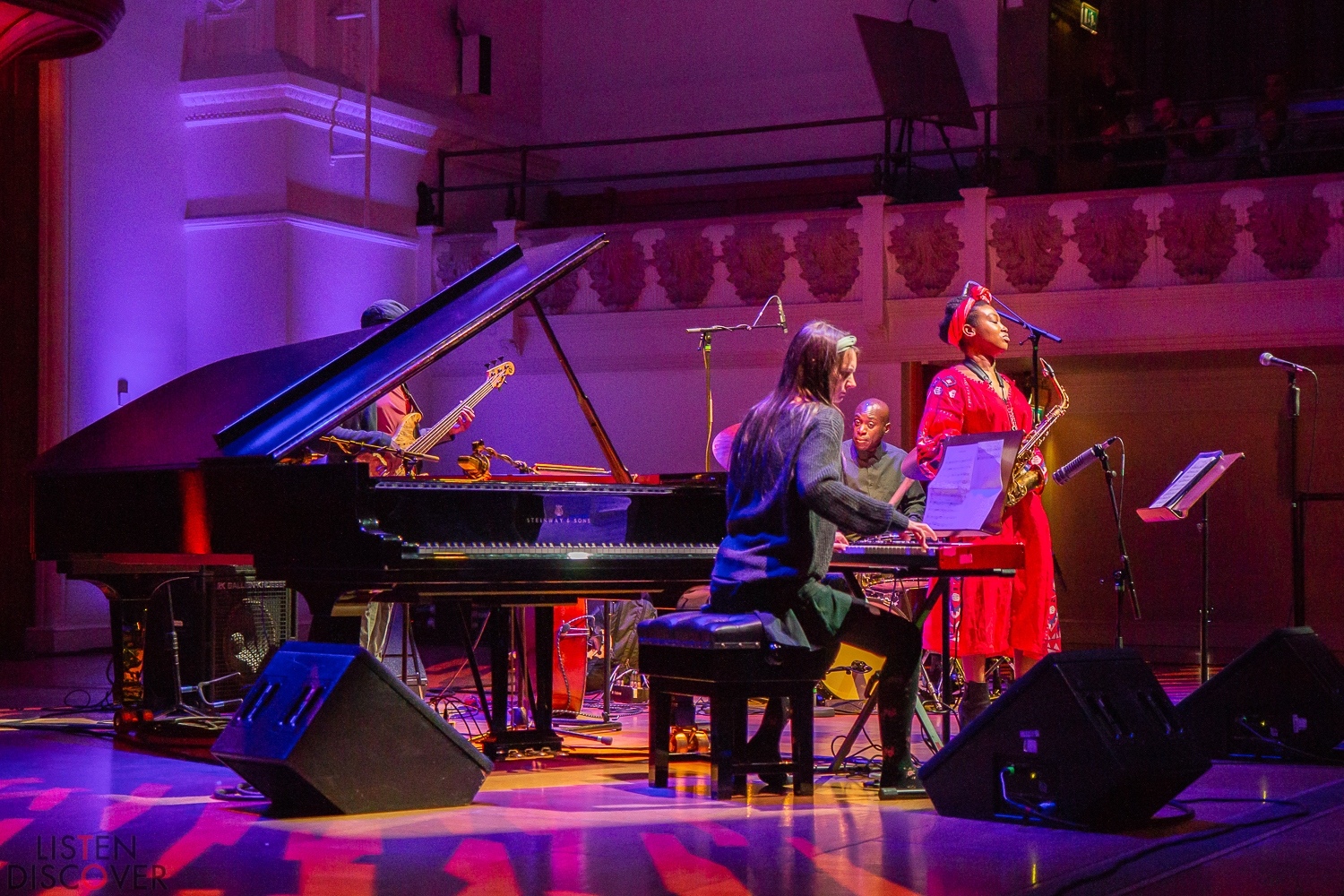 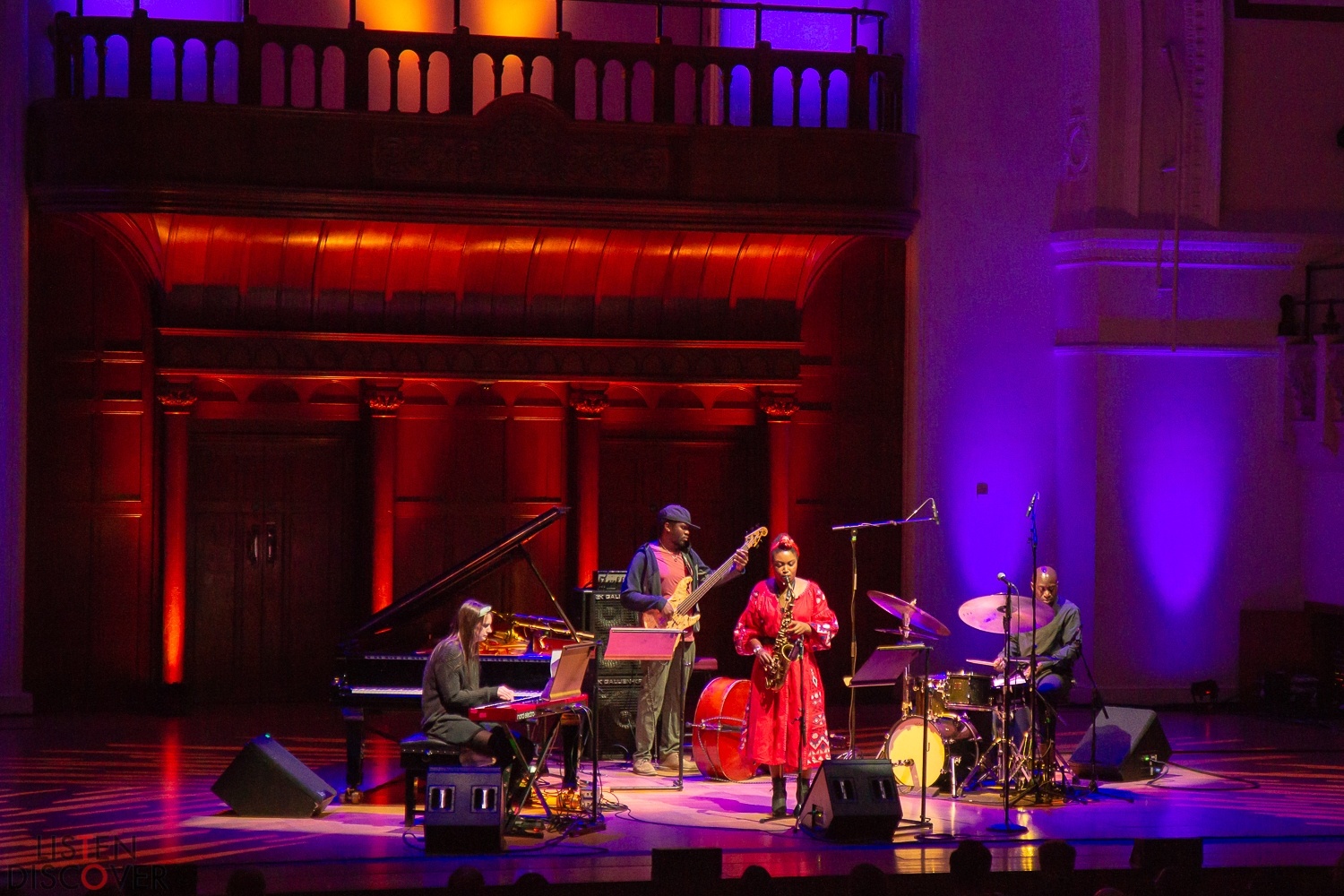 Demonstrating a clear appreciation of her fellow musicians, Camilla, through her joy filled glances, drew us to the touching musicality they were bringing to the track. And touching it was. Whether it was finger-picked bass lines or finger-drummed cross-rhythms it was a masterclass in musical softness. Equally, with each solo appreciated and applauded at the perfect moment, it made the arrival at jazz club complete. However, a contrasting final flourish was to take us across the threshold and right into the heart of it.

Inviting keys player Sarah Tandy to the stage, Camilla announced that she was to give us an as yet untitled track to close her set. Generating intrigue from that alone, and with the trio now a quartet, the extra sense of occasion made it feel extra special. And it did not disappoint. Delivering a mix of understated melodics, generous solos and an infectious groove, it gave us everything and made for the perfect final track. I’ve no idea what else Camilla has in store, but you can guarantee that it’s going to be completely gorgeous.