‘Filling our screens with endless indulgence, it’s an absolute feast for the eyes.’

Whenever a phenomenally strong track is released, you can’t help but wonder when an accompanying video will appear, and how it will live up to expectation. However, proving that exactly that is possible, the arrival of visuals for Pete Josef’s Giants sets a new standard for what you may come to expect in future. As enticing as the track itself, it is, in more ways than one, an absolute feast for the eyes. Filling our screens with indulgence and hedonism, every moment of what director duo DVACinéma have created puts across a sense of no expense being spared. The most unlikely group of characters explore their identities in ways you wouldn’t expect. A huge table laden with an even greater amount of food and drink gets gorged on. And a train carriage that lies somewhere between fantasy and reality provides the perfect setting. But as Dmitry and Masha from DVACinéma tell us, how the initial inspiration found in an ad for dates on the subway turned in to the final visual, really was as considered, as complex and as fascinating as the end result.

“Our job was never to take everything to the point of complete trash” says Dmitry, “Each character in this gathering of socialites, riding a train to nowhere, goes through several stages in their development and raises the question of who can enjoy food and drinks on a meaningless journey without a destination or stops. This question created the characters, each of them wielding much power in his or her walk of life. First off they strain themselves, but soon they begin to embody the worst traits and end up being completely helpless. They make a sham of their social status rather than changing the world for the better, indulging themselves and making things worse. It also sends a message that if people keep using their opportunities that way, our planet may soon turn into what we can see in the window in the last scene.”

“The most unforgettable moment was shooting the first frame: the actors walked into the illuminated set, in character, and sat behind the set-out table. It was an amazing feeling to see everything work together after a month of preparations.”

From glamorous models, to well-dressed men and women, to a priest and a tribal chief, the set of characters within the dining car we see are unlike any you would have met on any train journey. Add to this a guru, a performer and a military officer and this sense of fantastical fantasy becomes even greater. But what really shines through here is how the director duo managed to highlight each individual story while showing that “all they [the characters] can do is to draw attention with nothing to say after that.” But much like the characters themselves, as Masha tells us, the story behind the creation of the video itself is one of multiple layers too.

“We considered different kinds of carriages but with each there were some technical difficulties: regular carriages are too narrow and wouldn’t have had enough space for free camera movement. Wide shots would have meant us removing the fourth wall. It was clear that the arrangement we wanted existed only in our imagination and that’s why building a surreal one turned out to be the best solution.”  I’m sure we can all agree that going to that extent to realise a vision shows immense dedication to the art. But further highlighting that sense of dedication, every aspect from conception, to editing, to final delivery proves just how everyone on and off screen had the same approach. 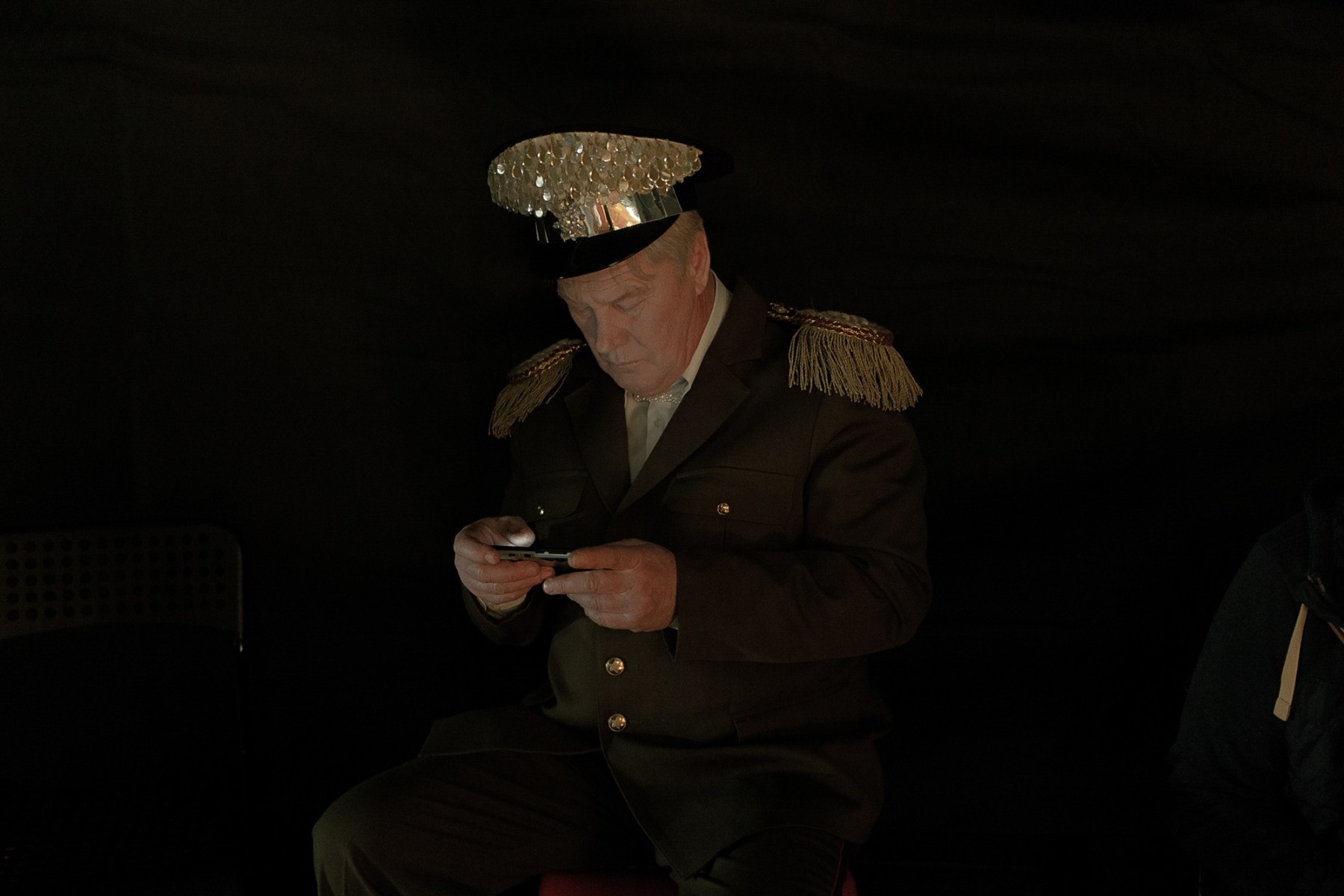 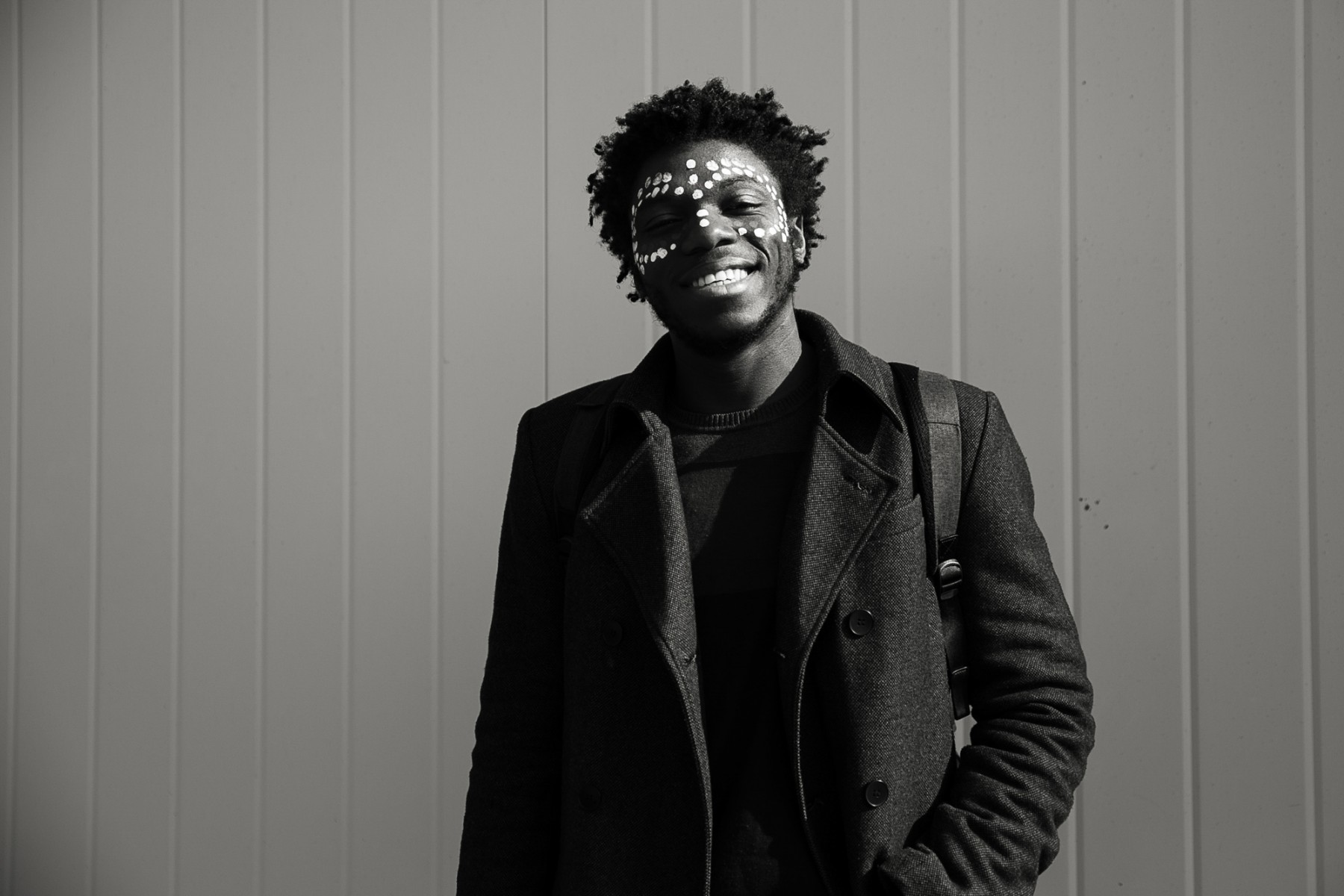 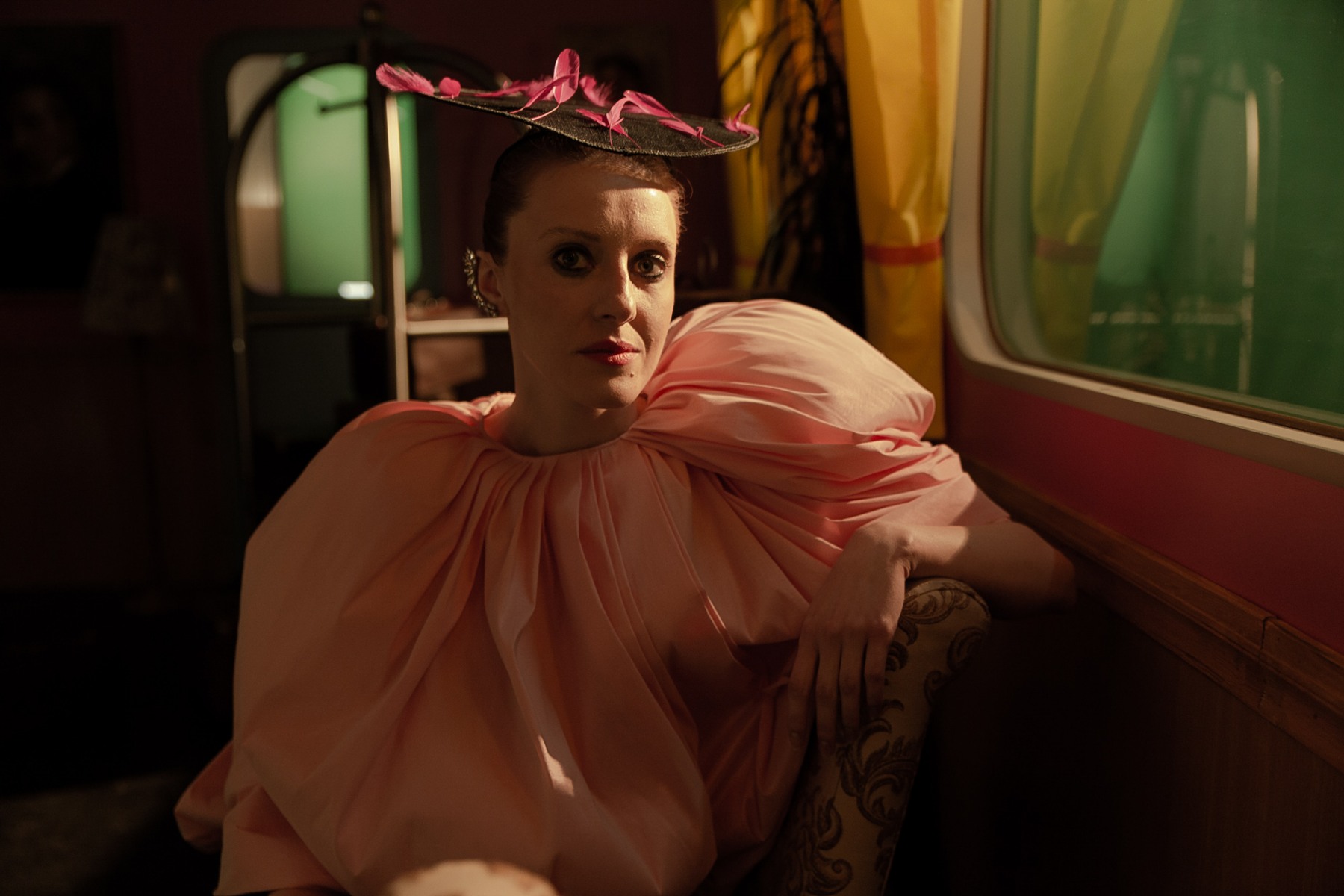 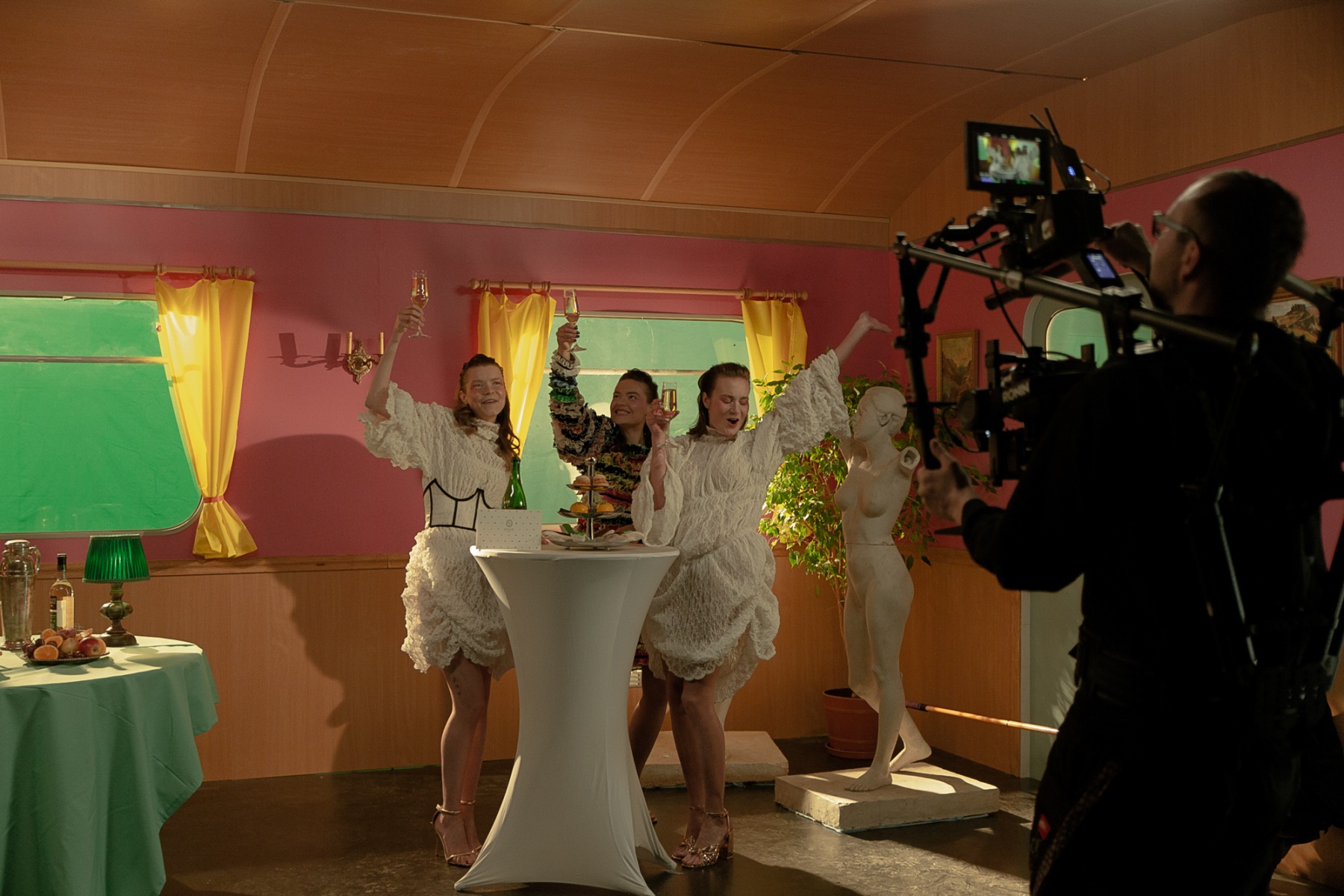 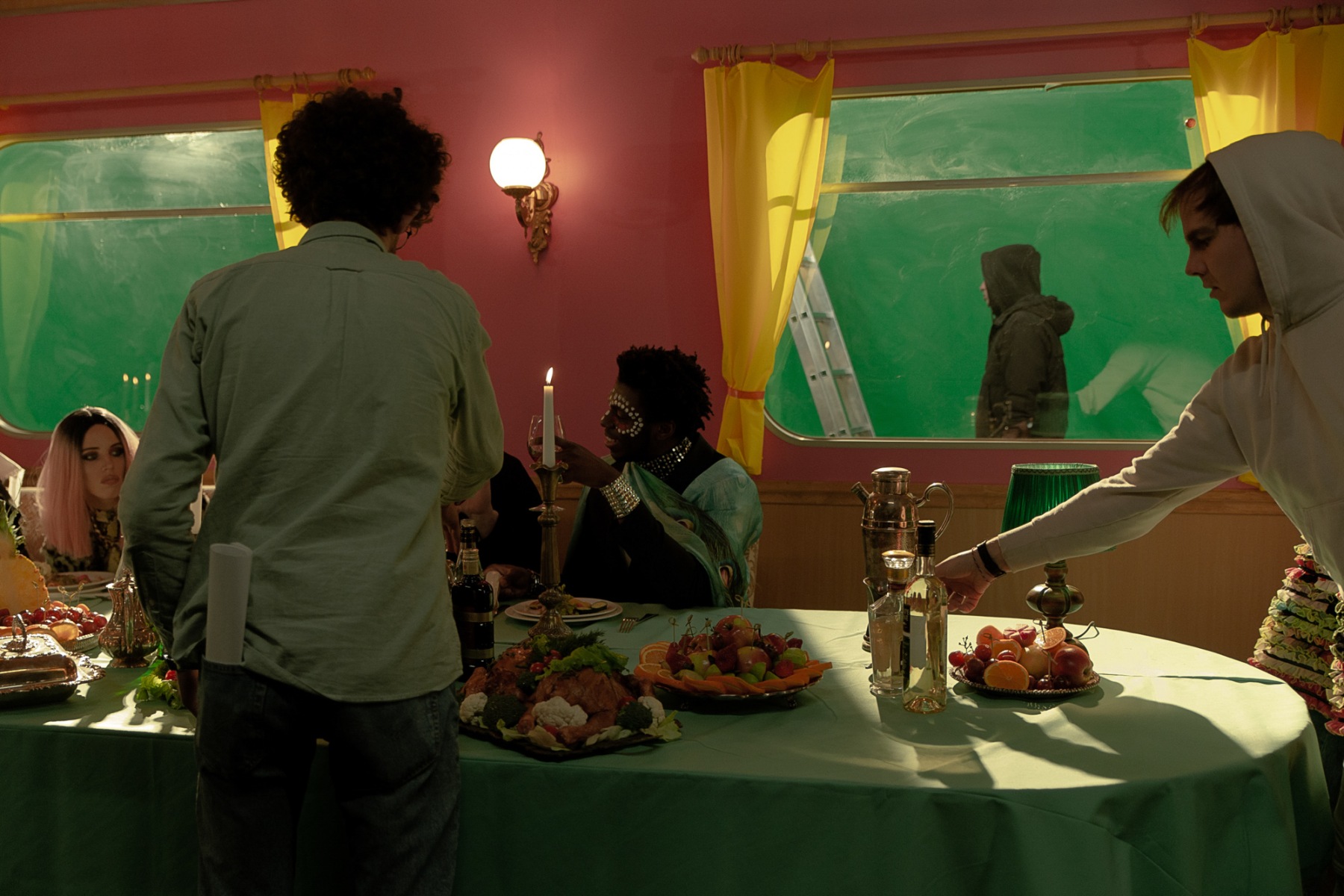 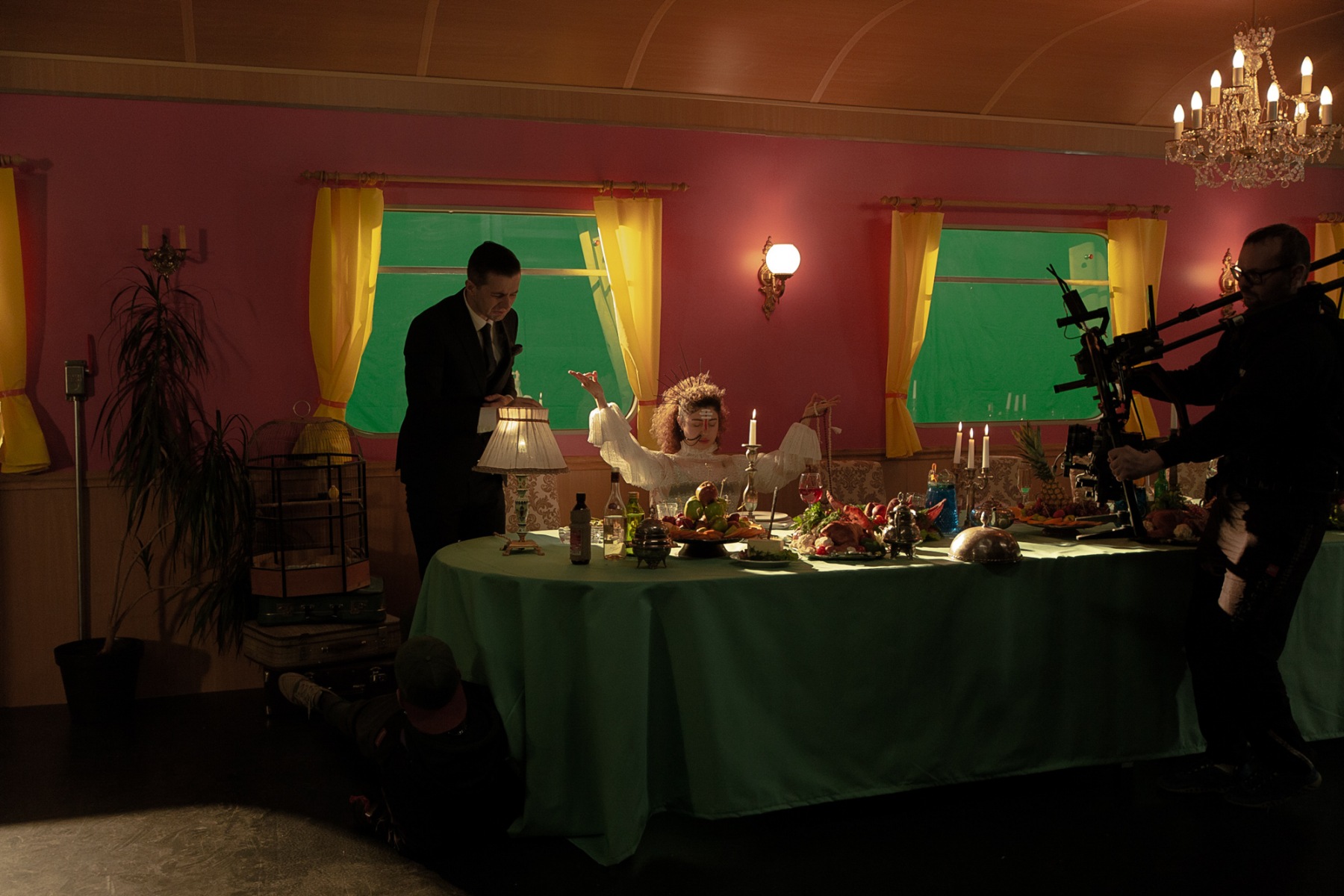 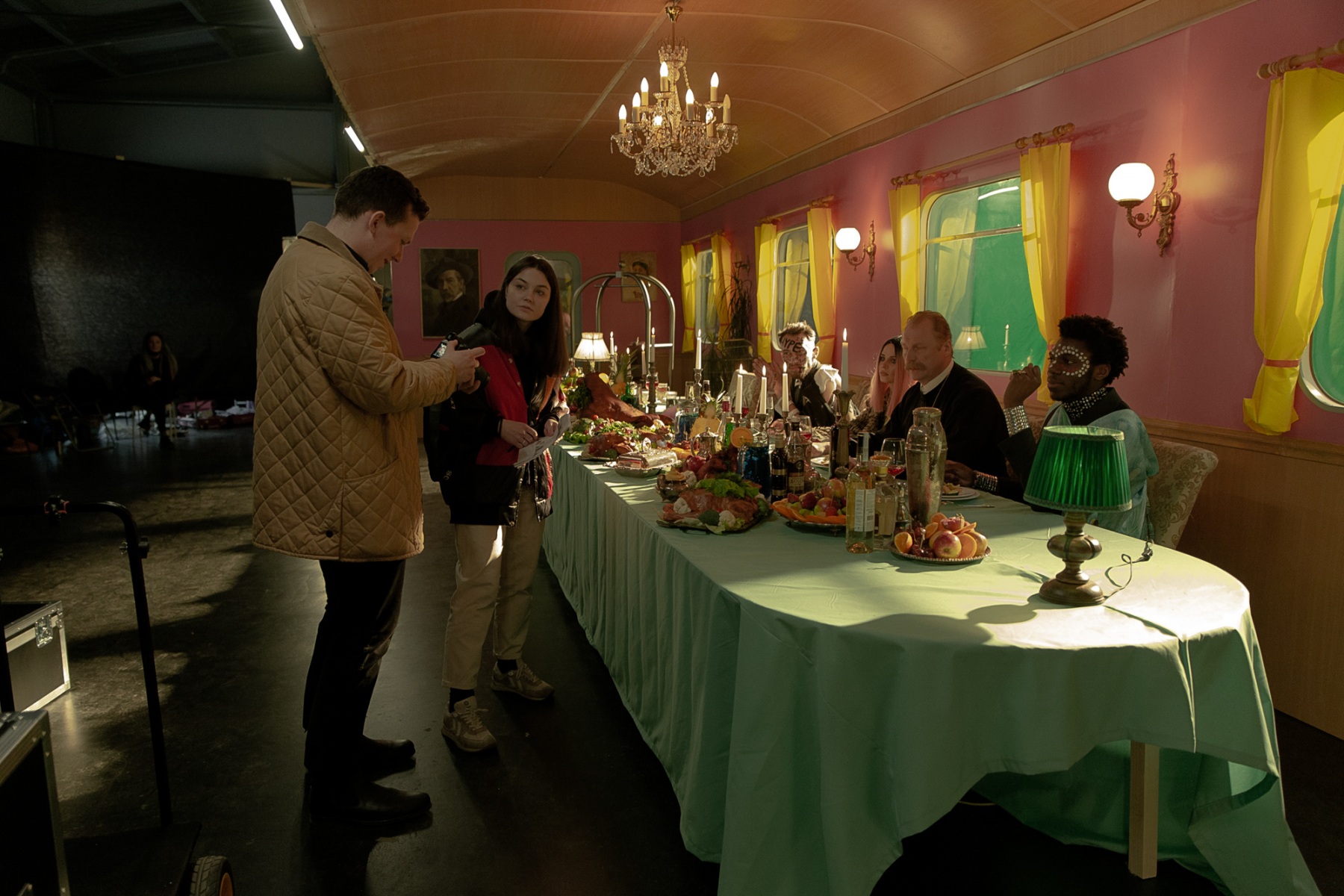 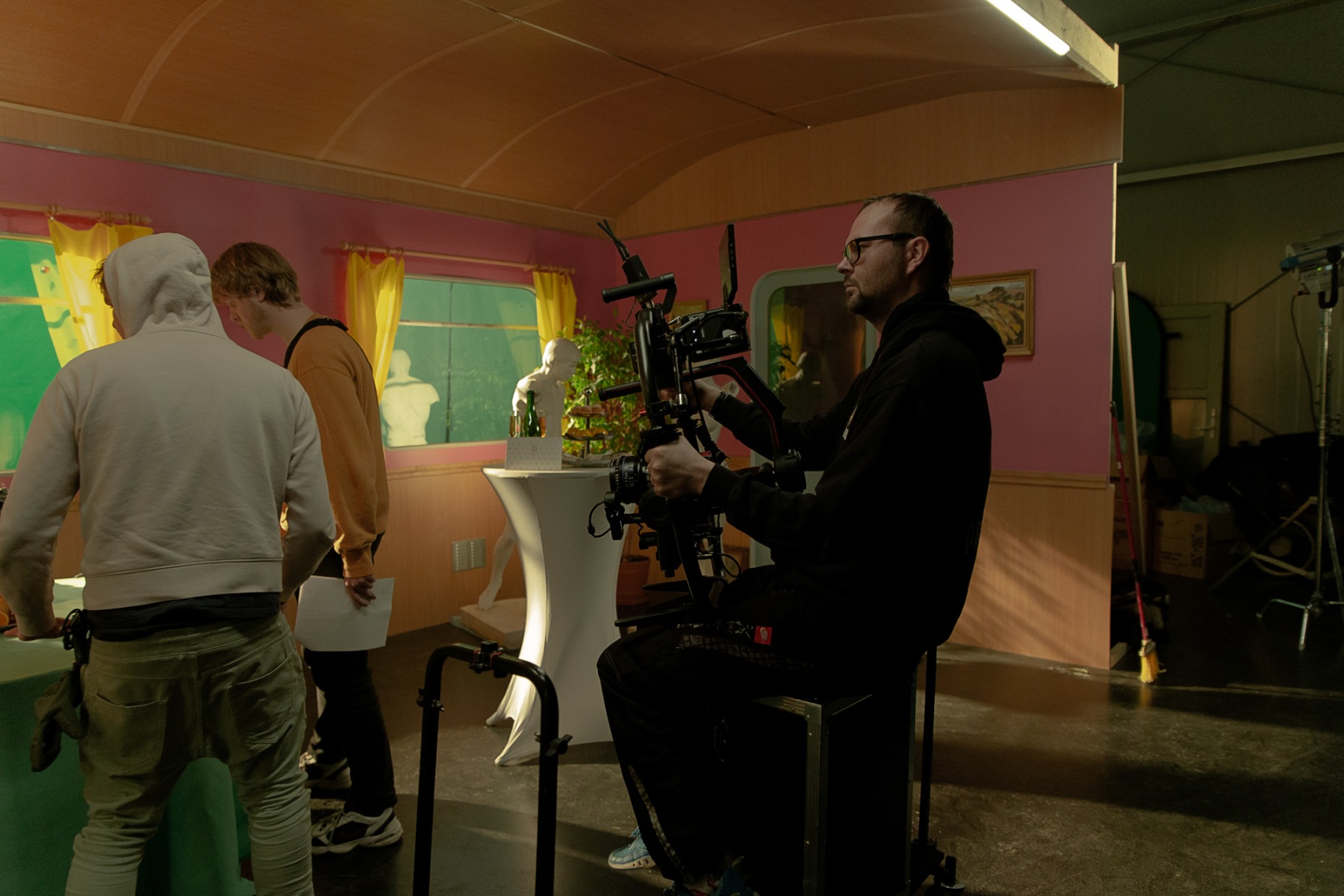 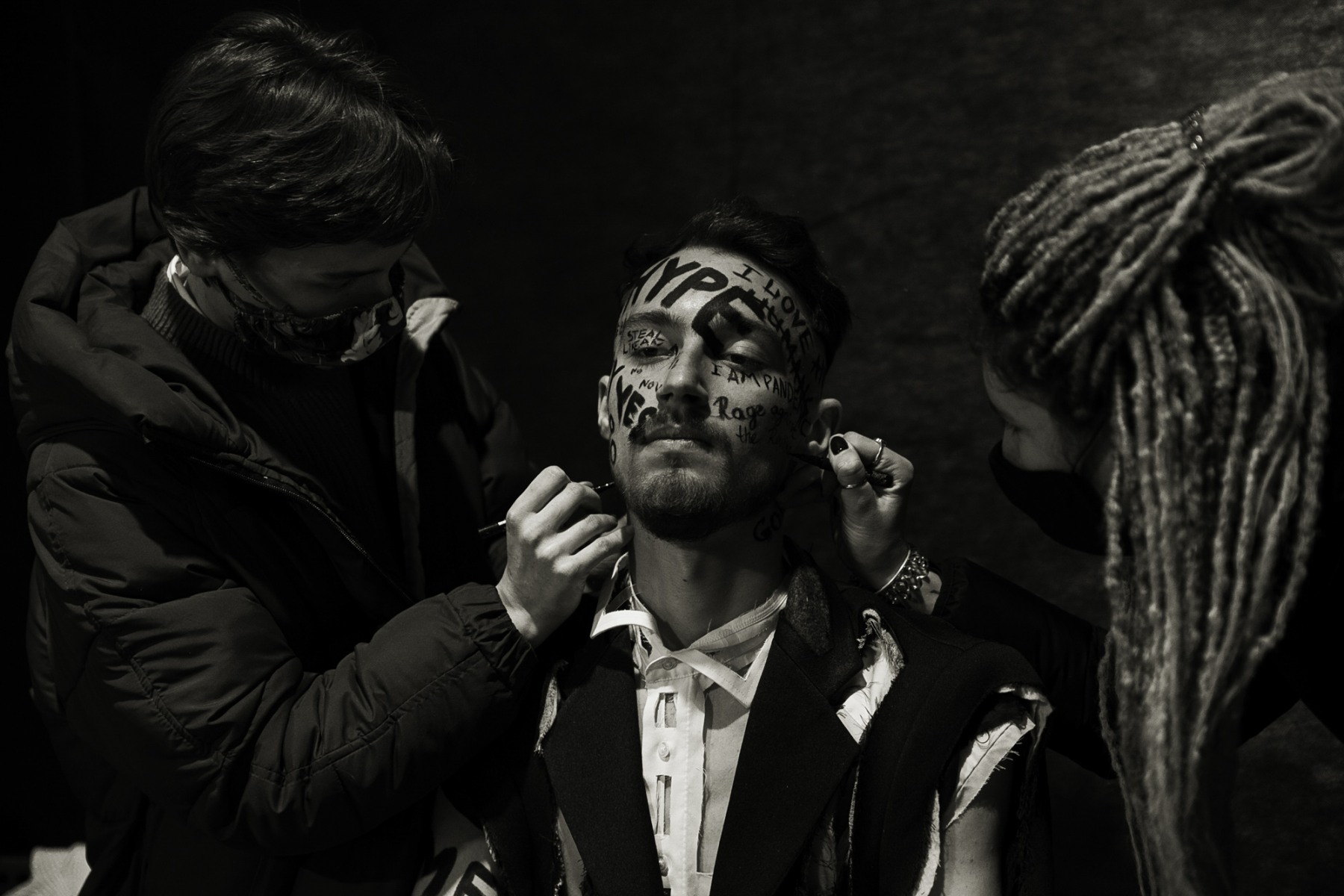 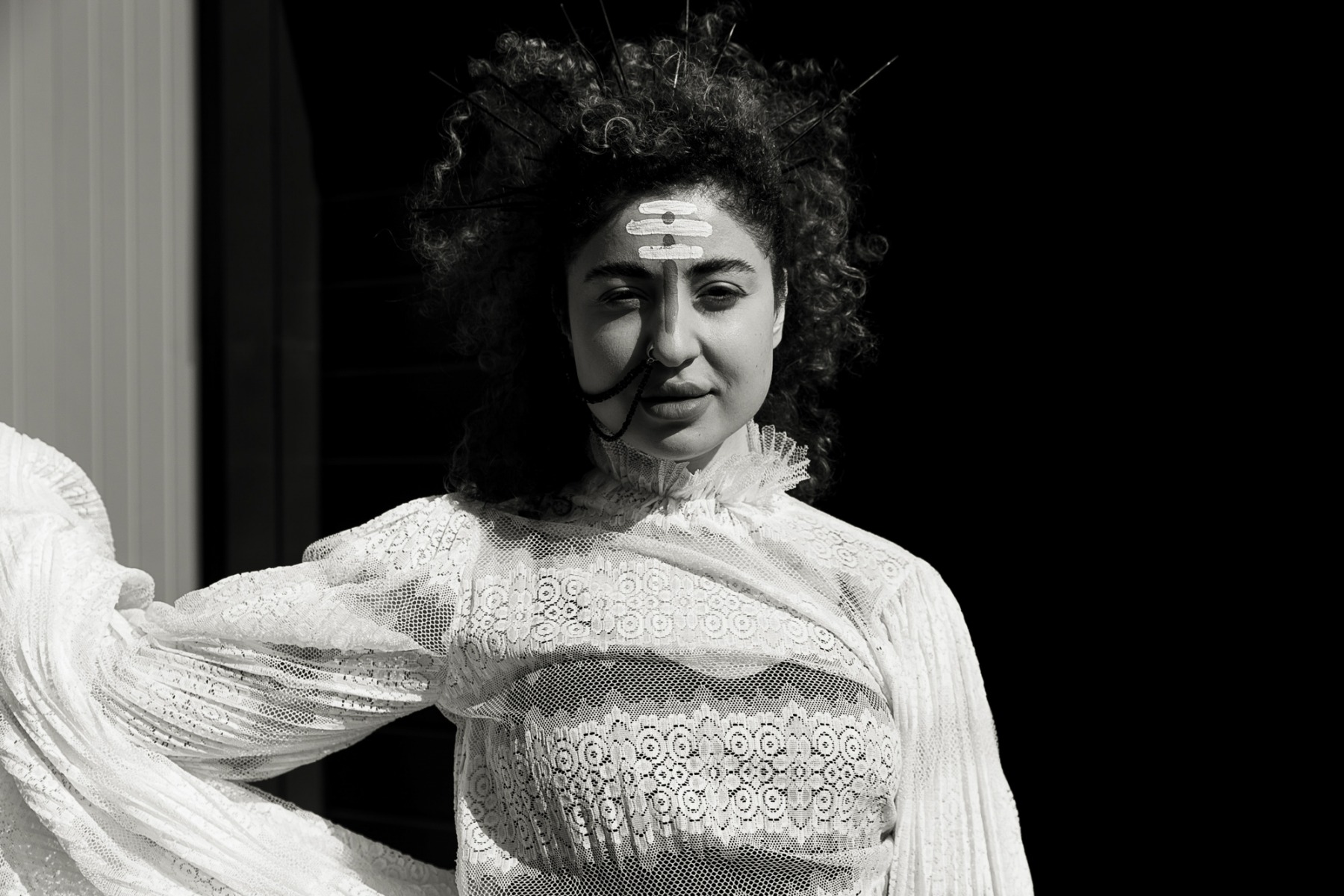 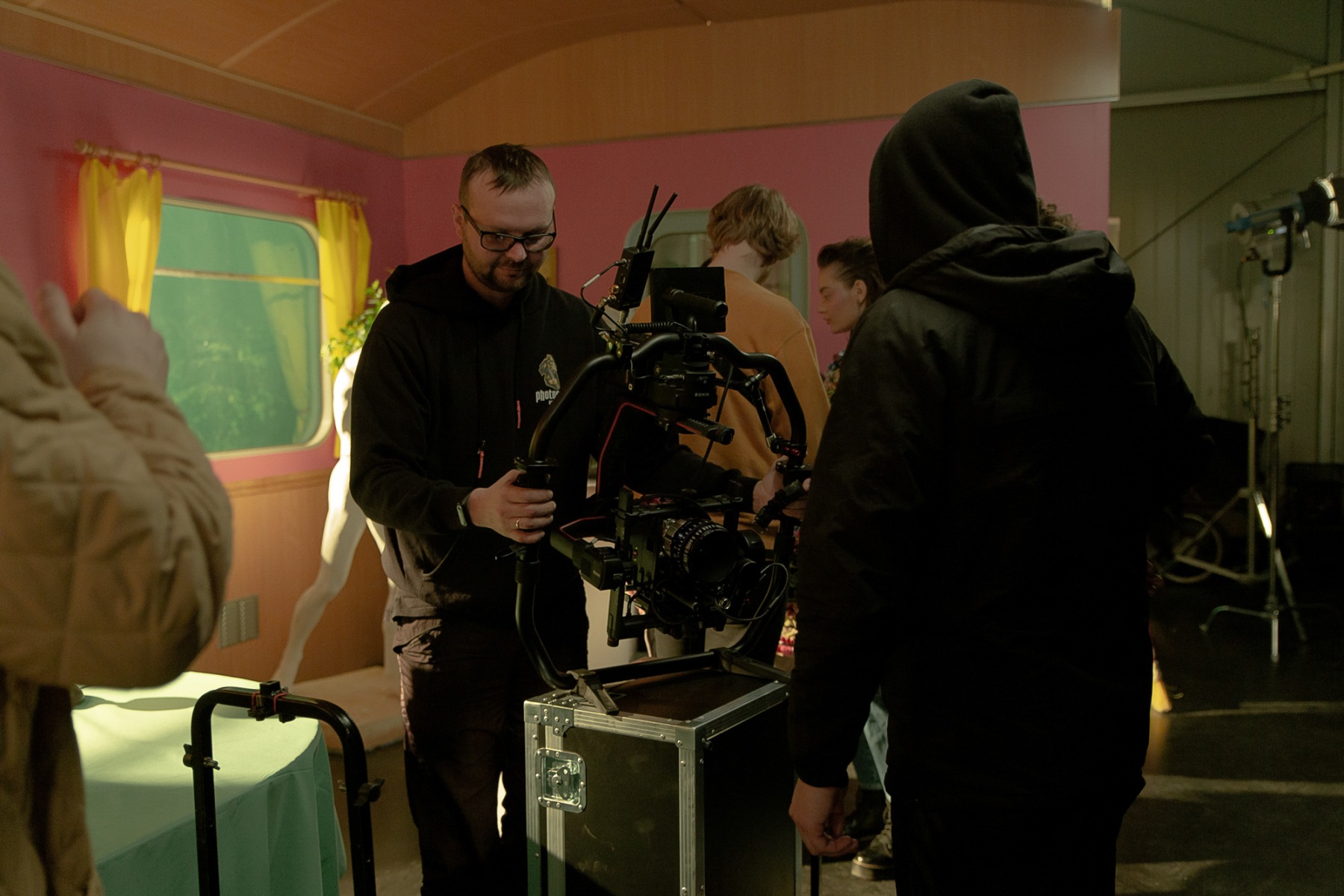 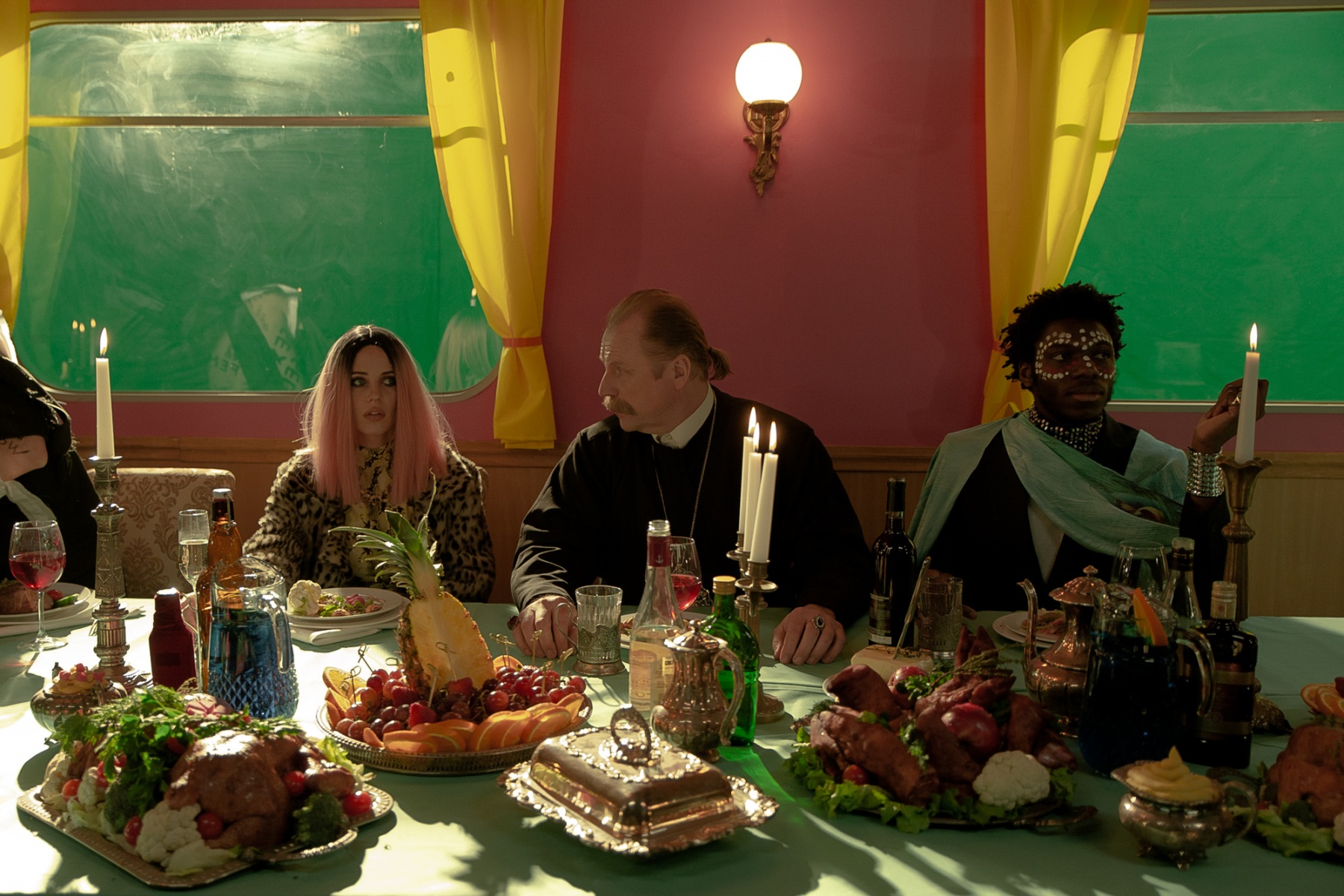 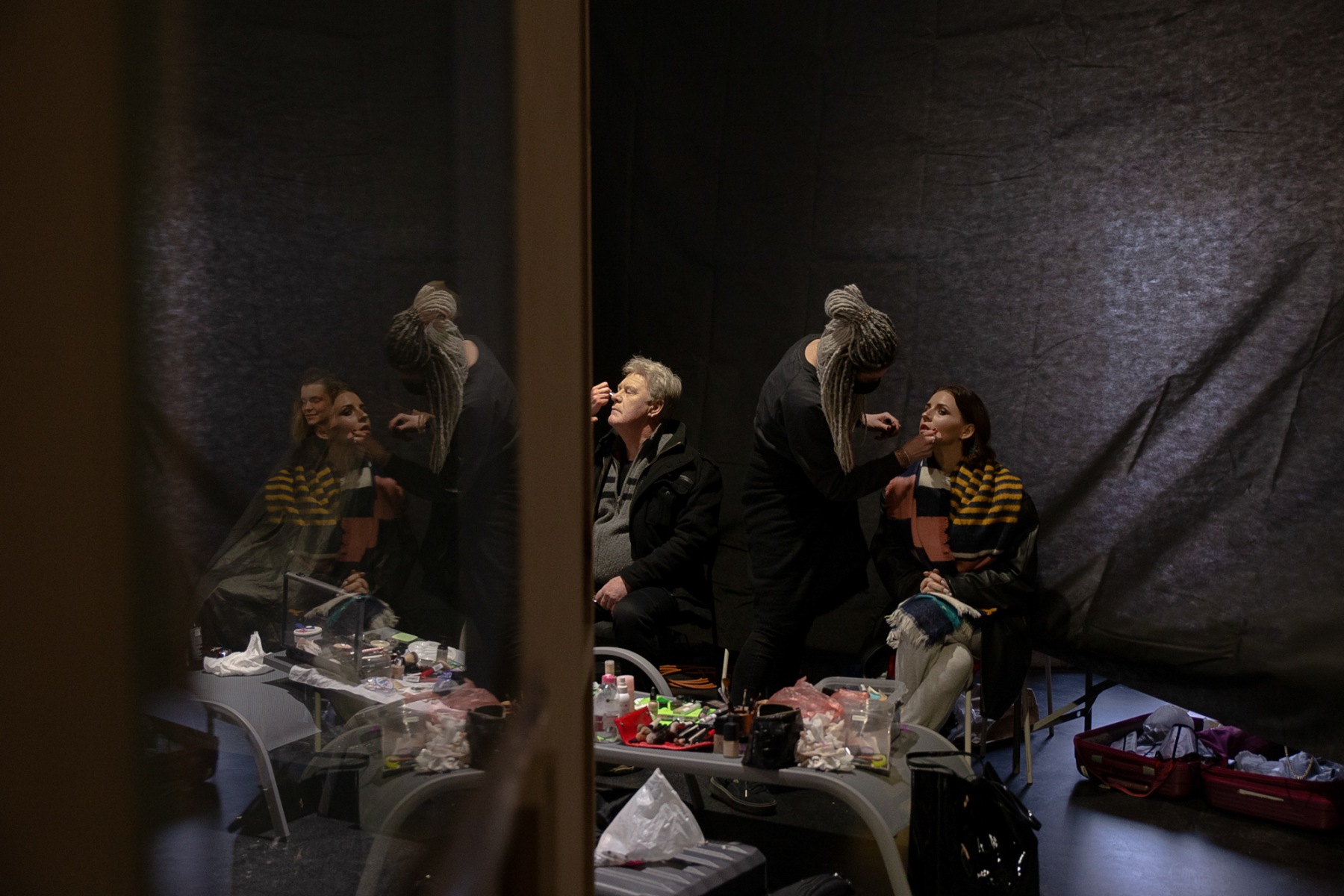 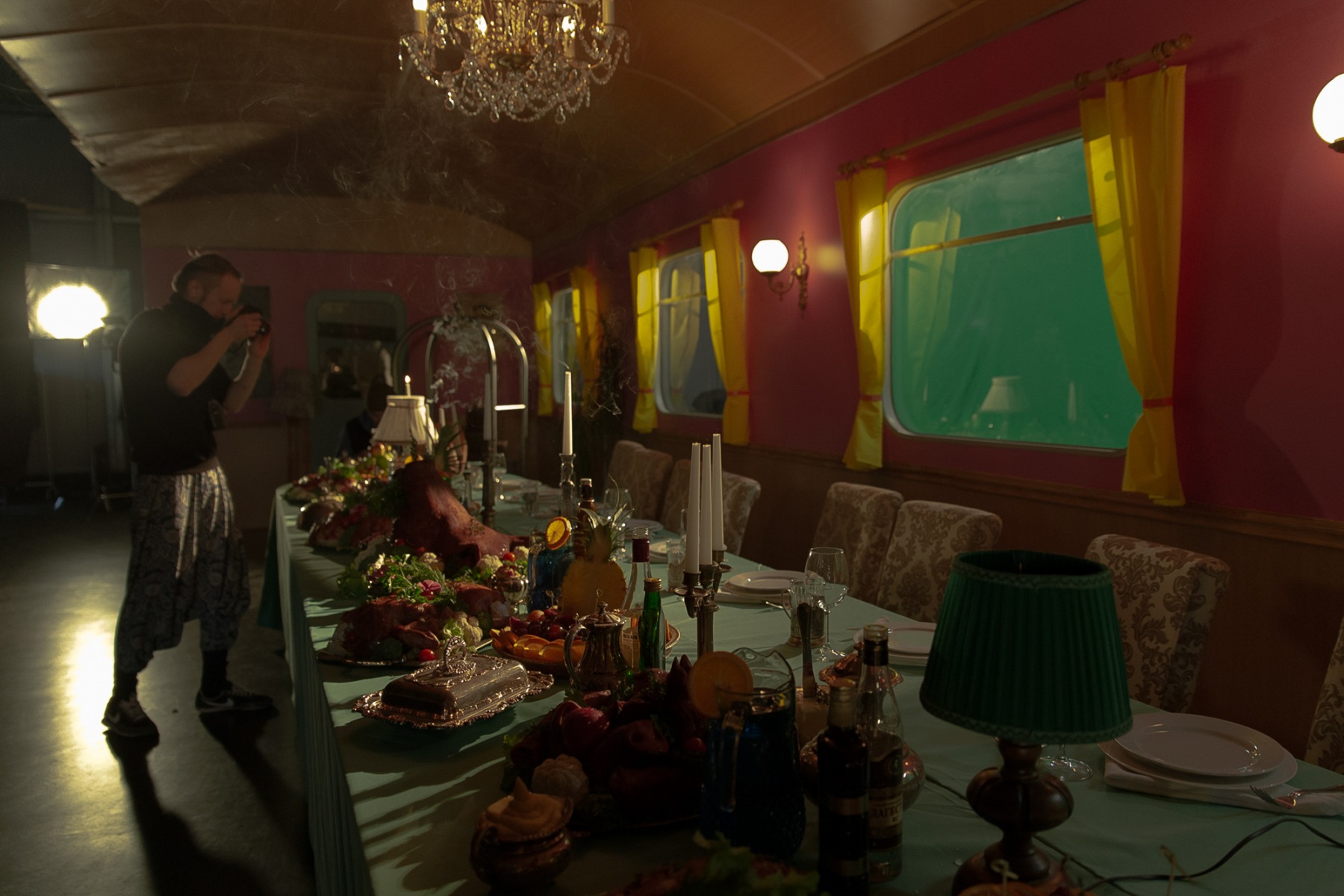 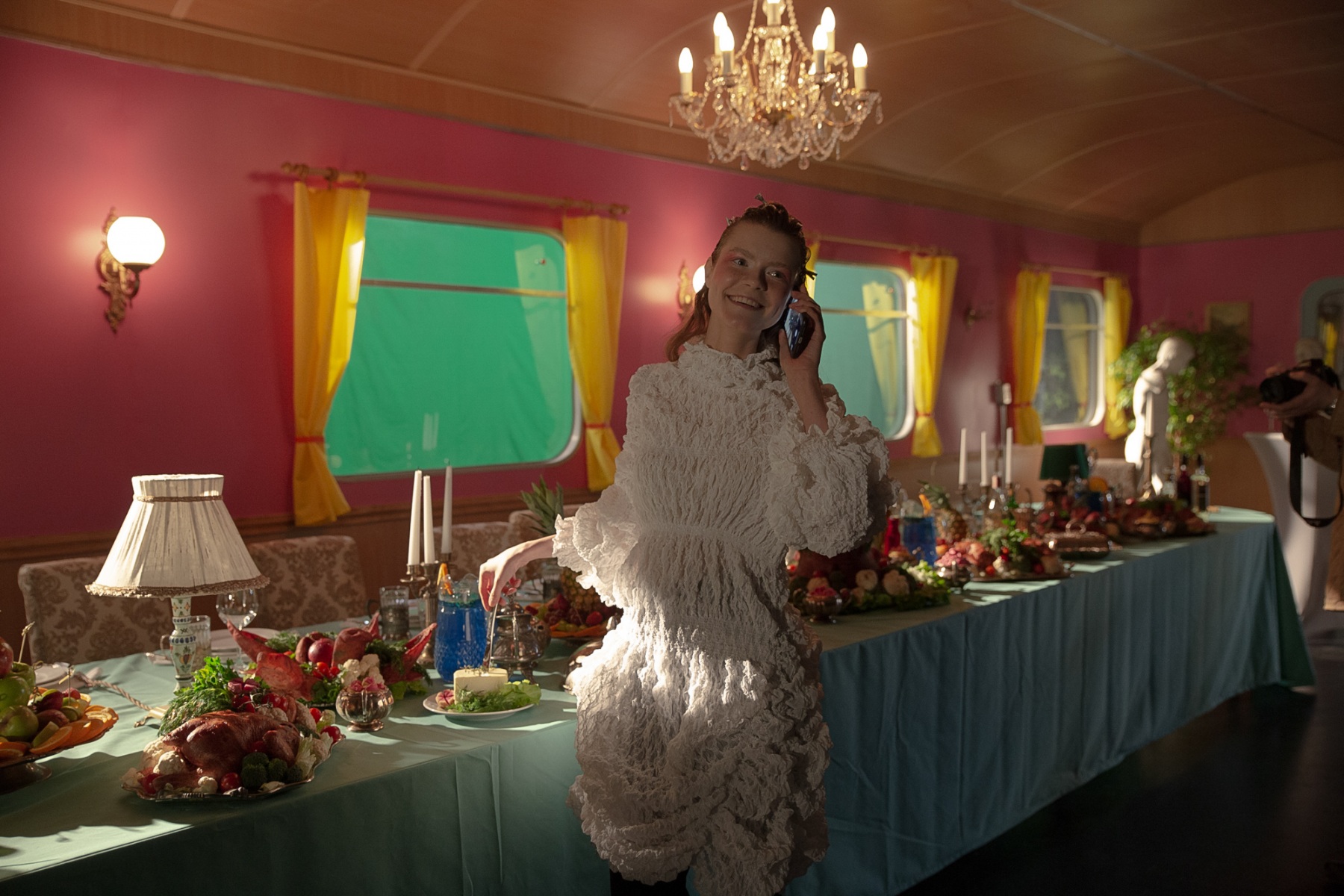 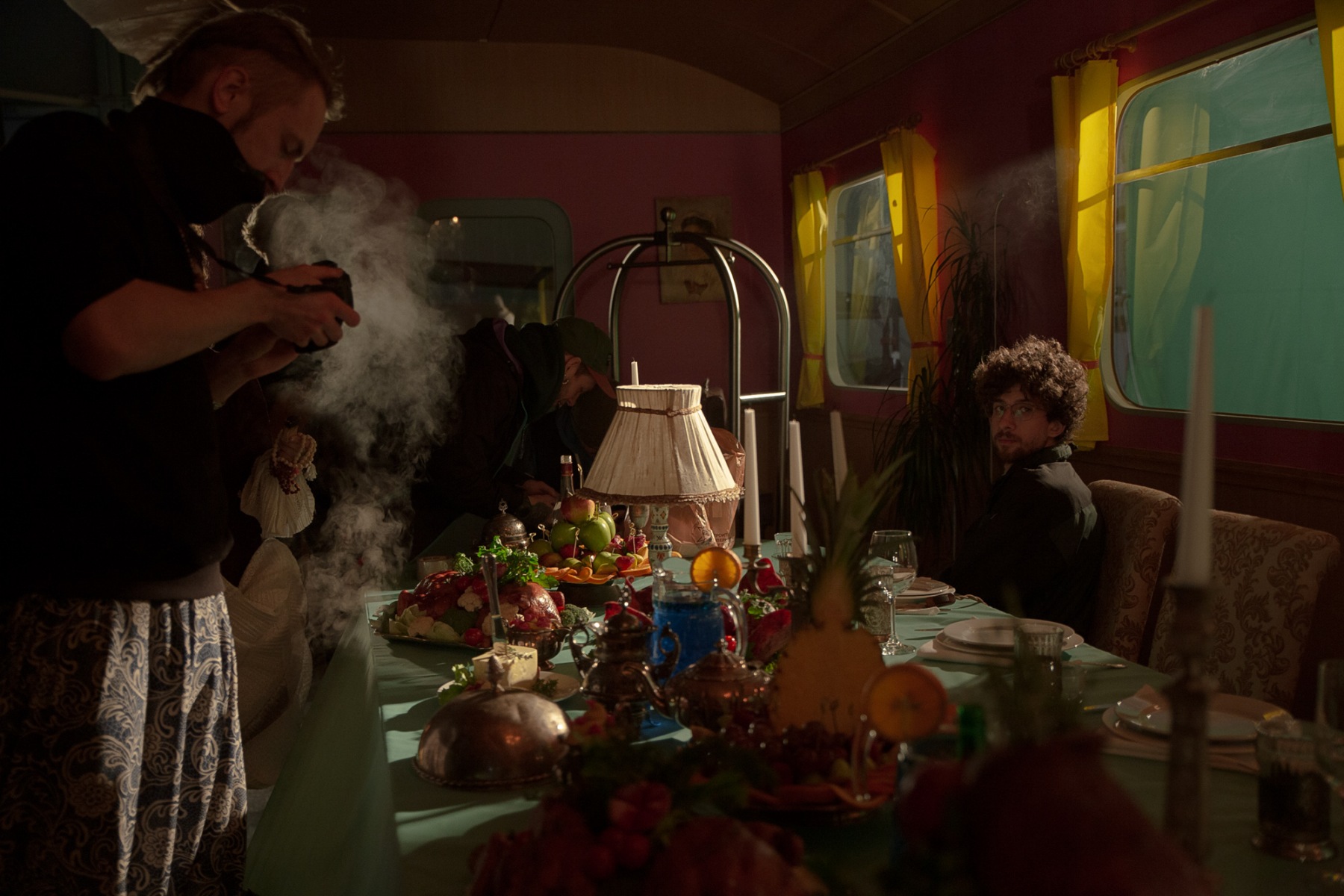 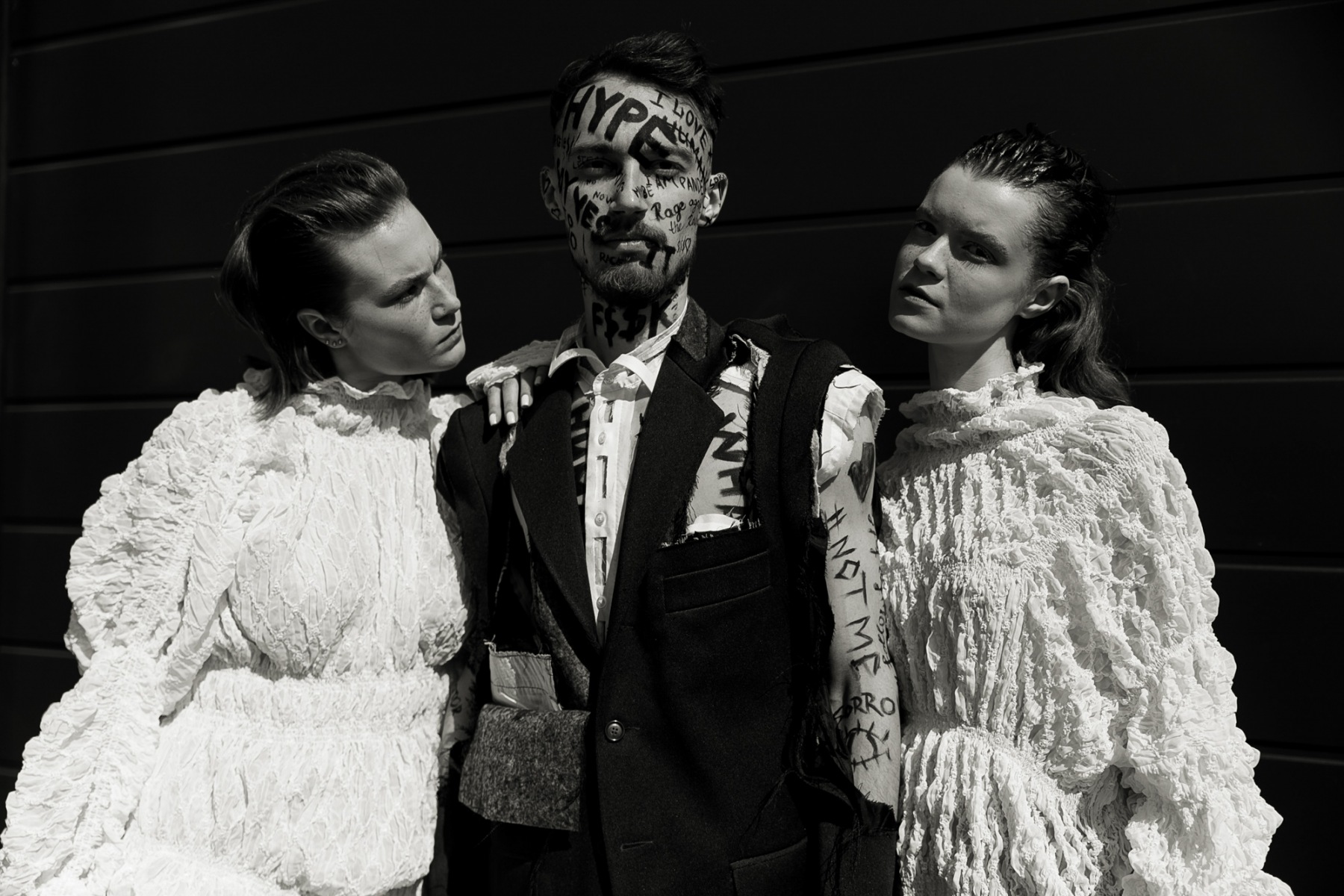 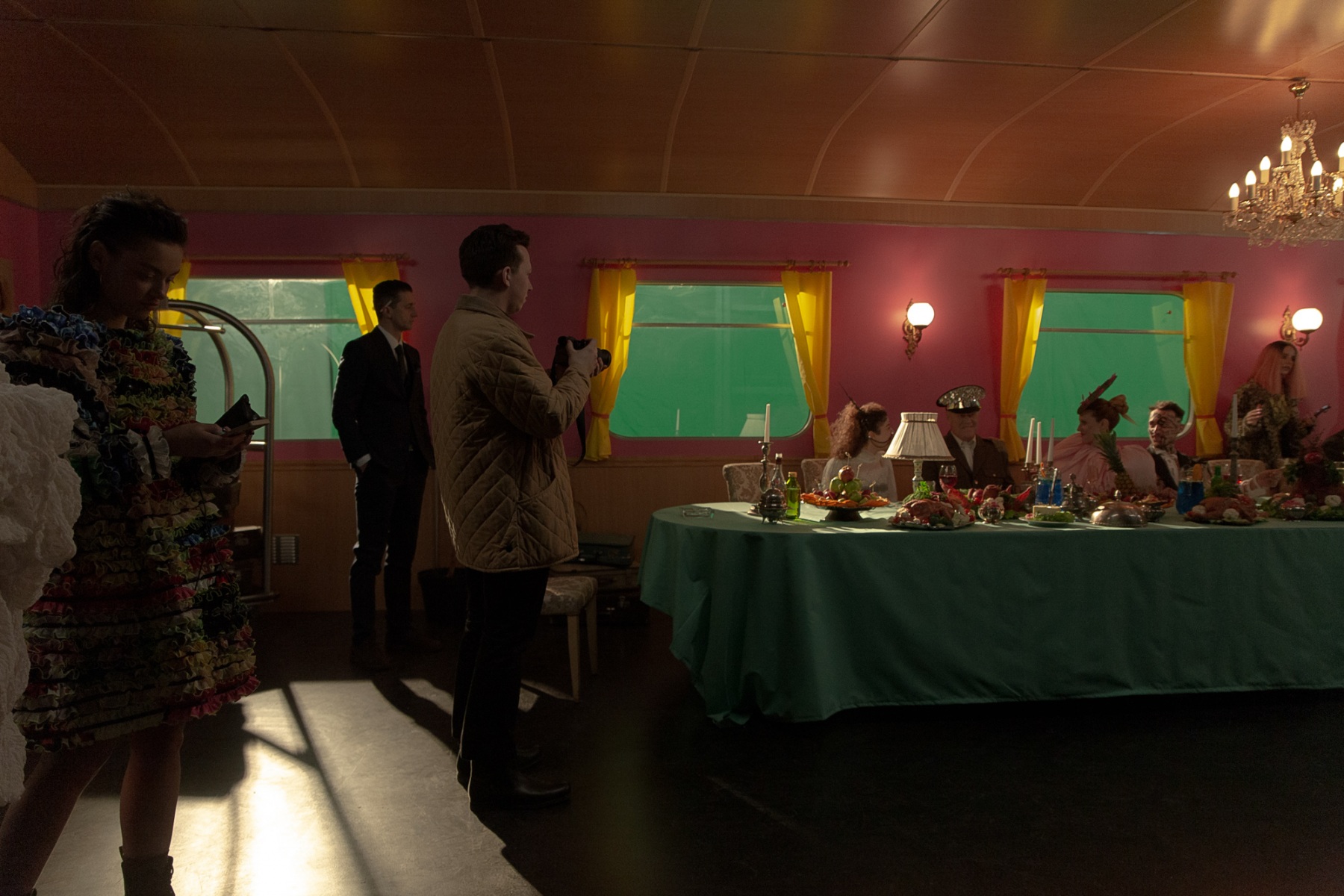 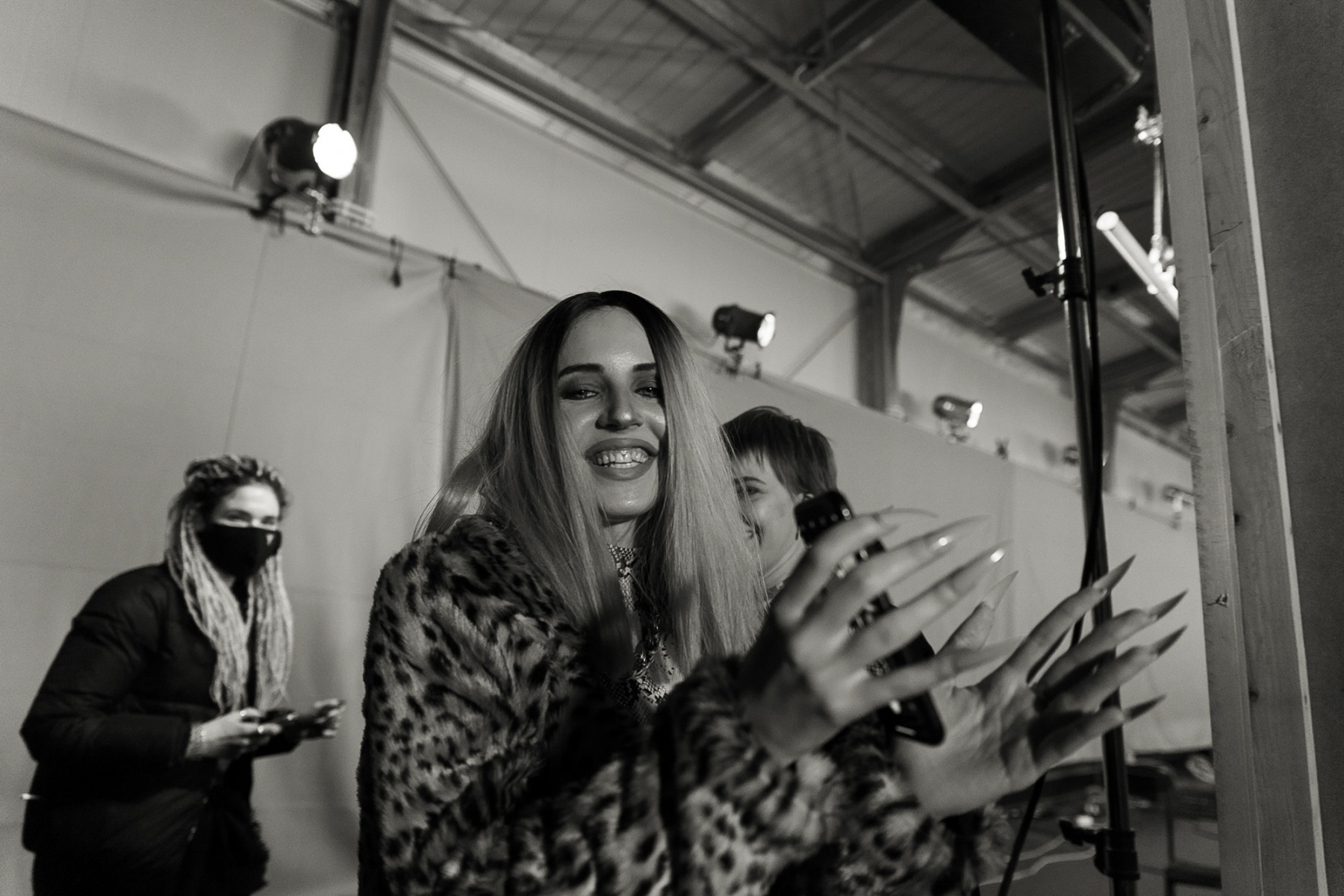 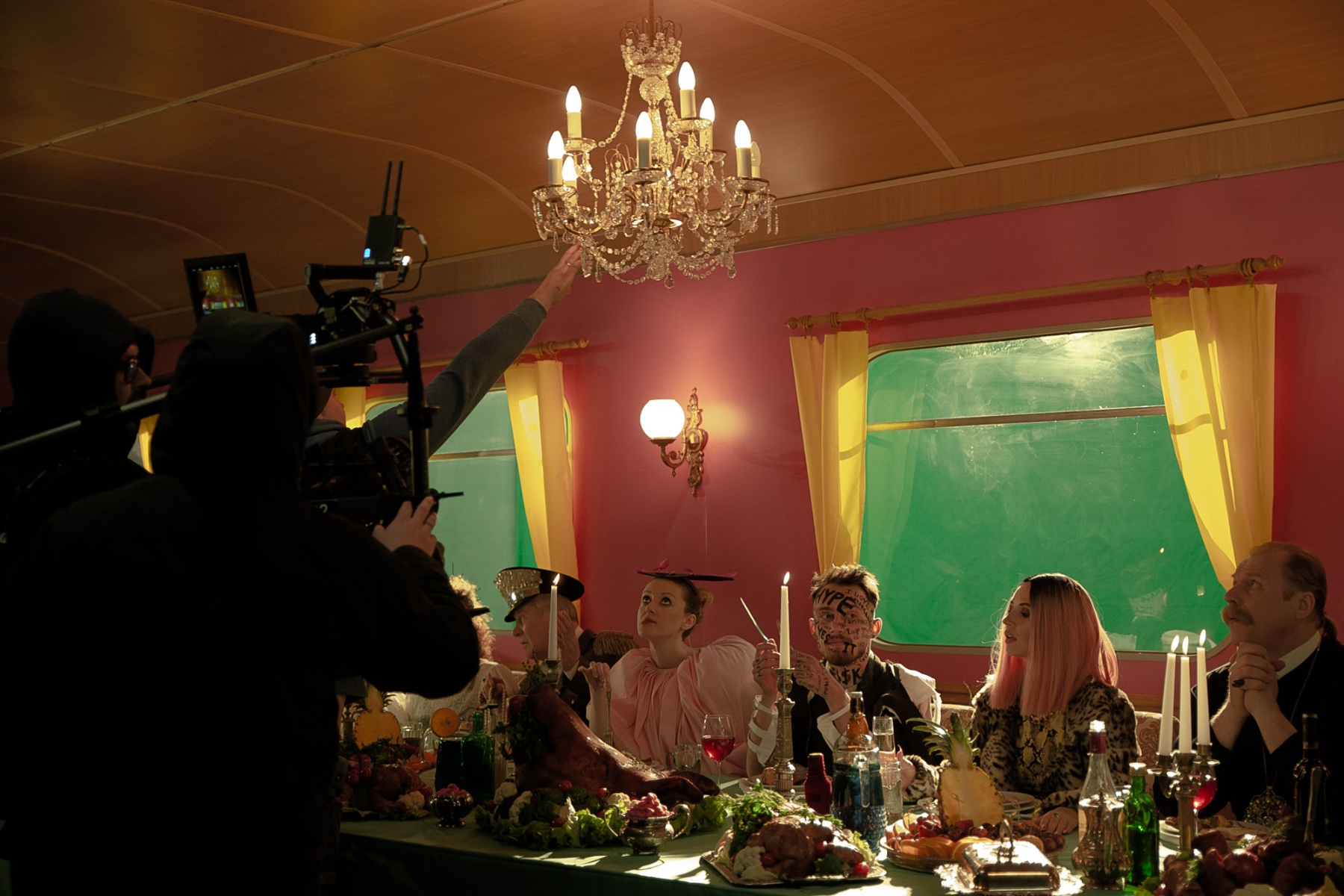 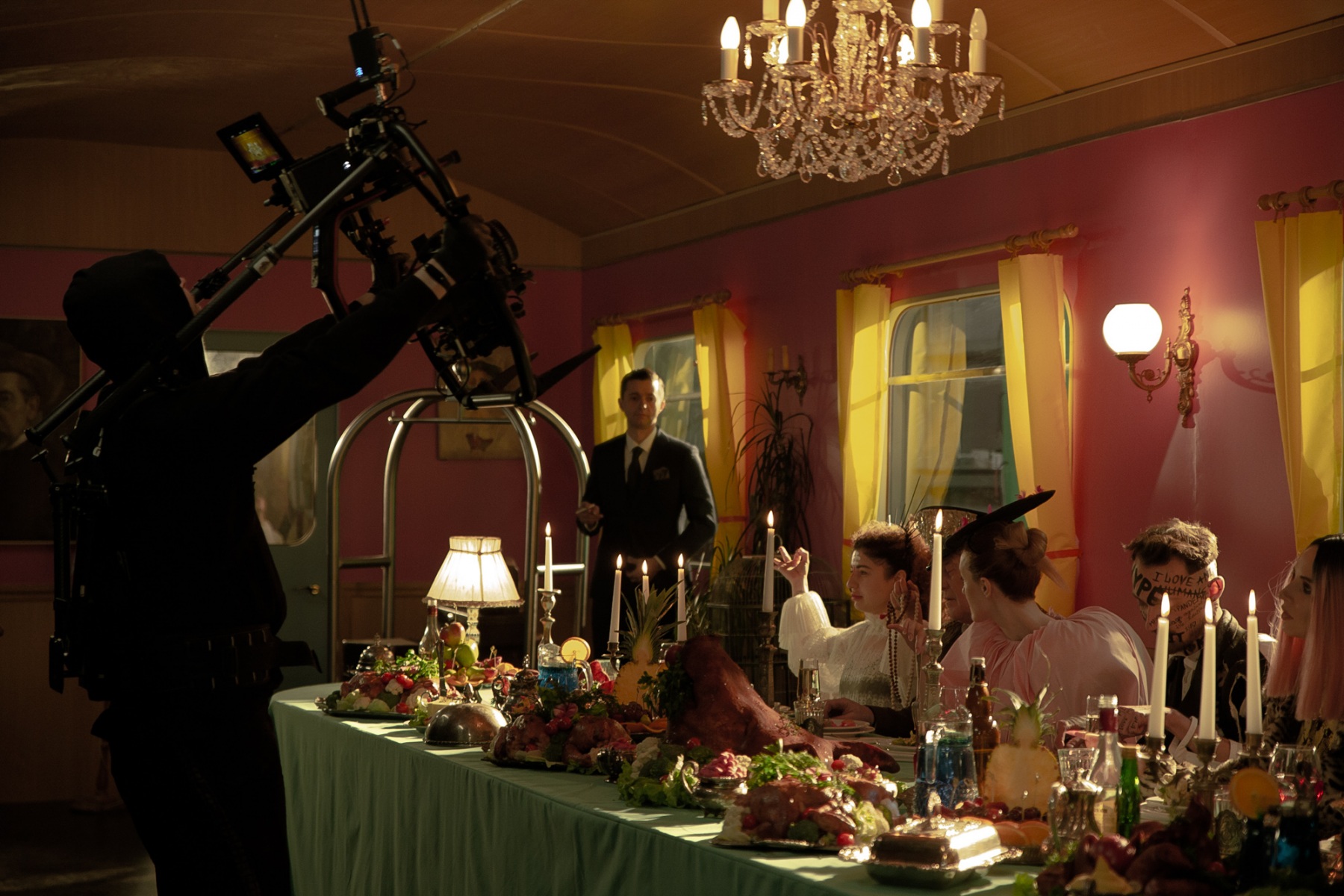 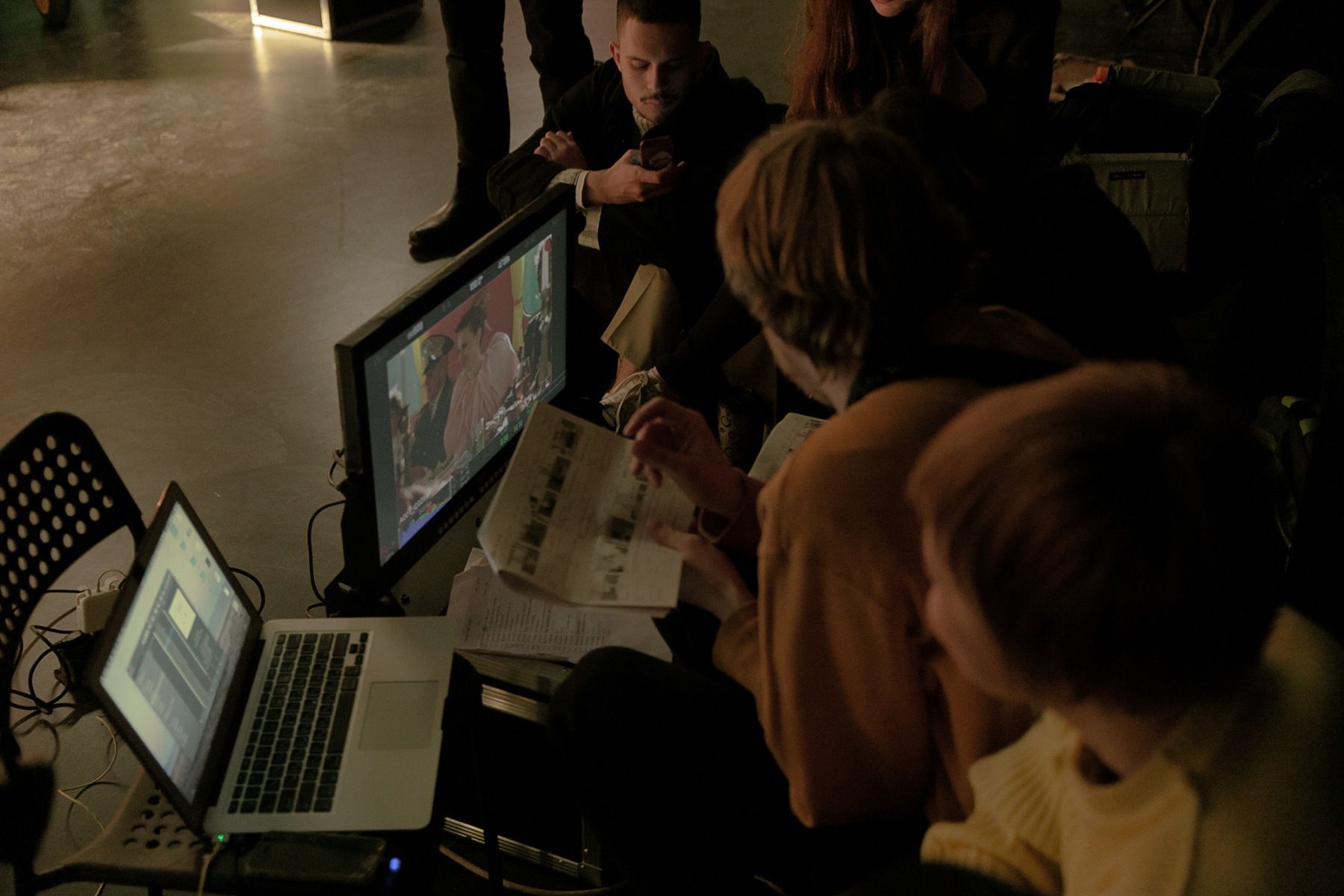 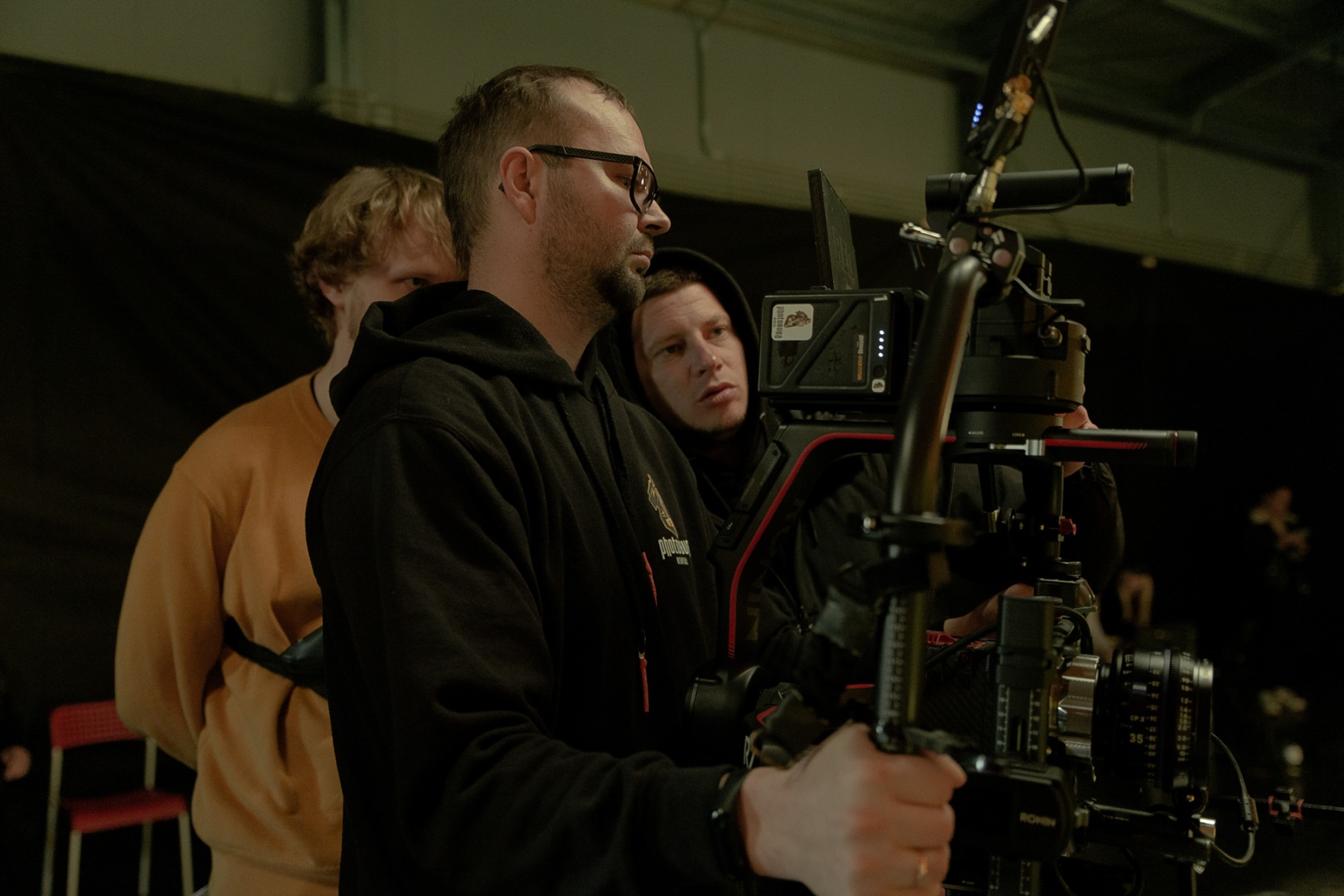 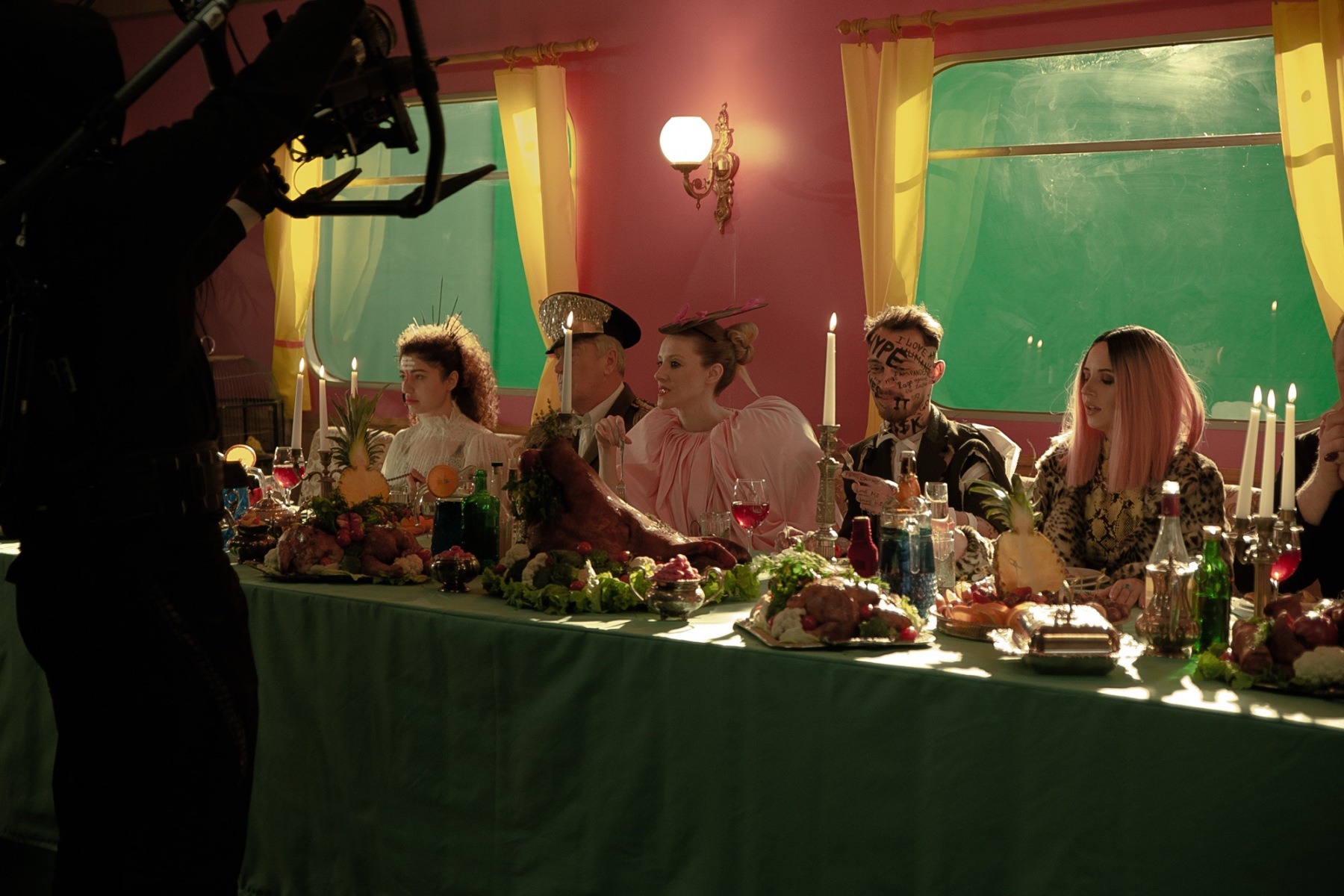 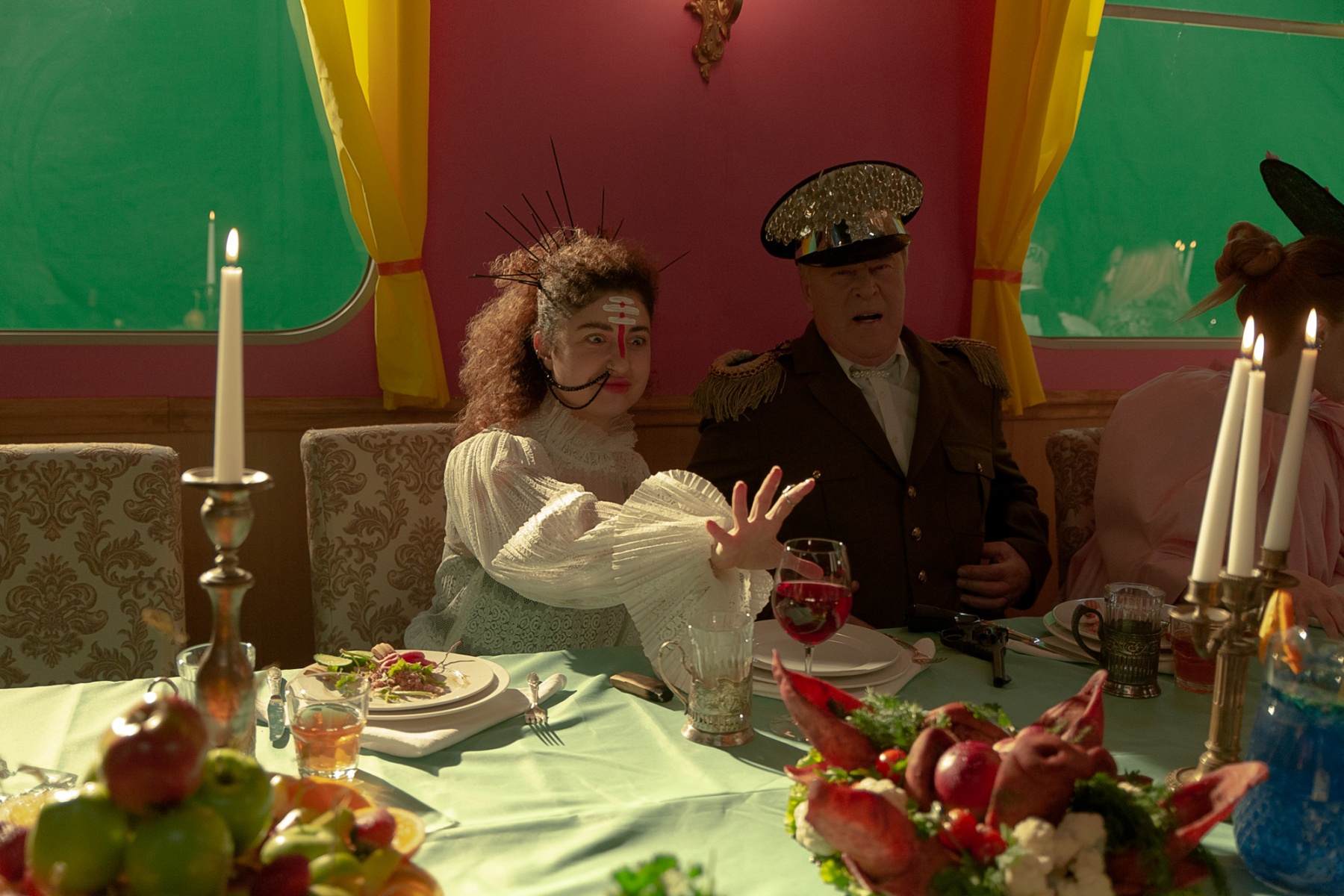 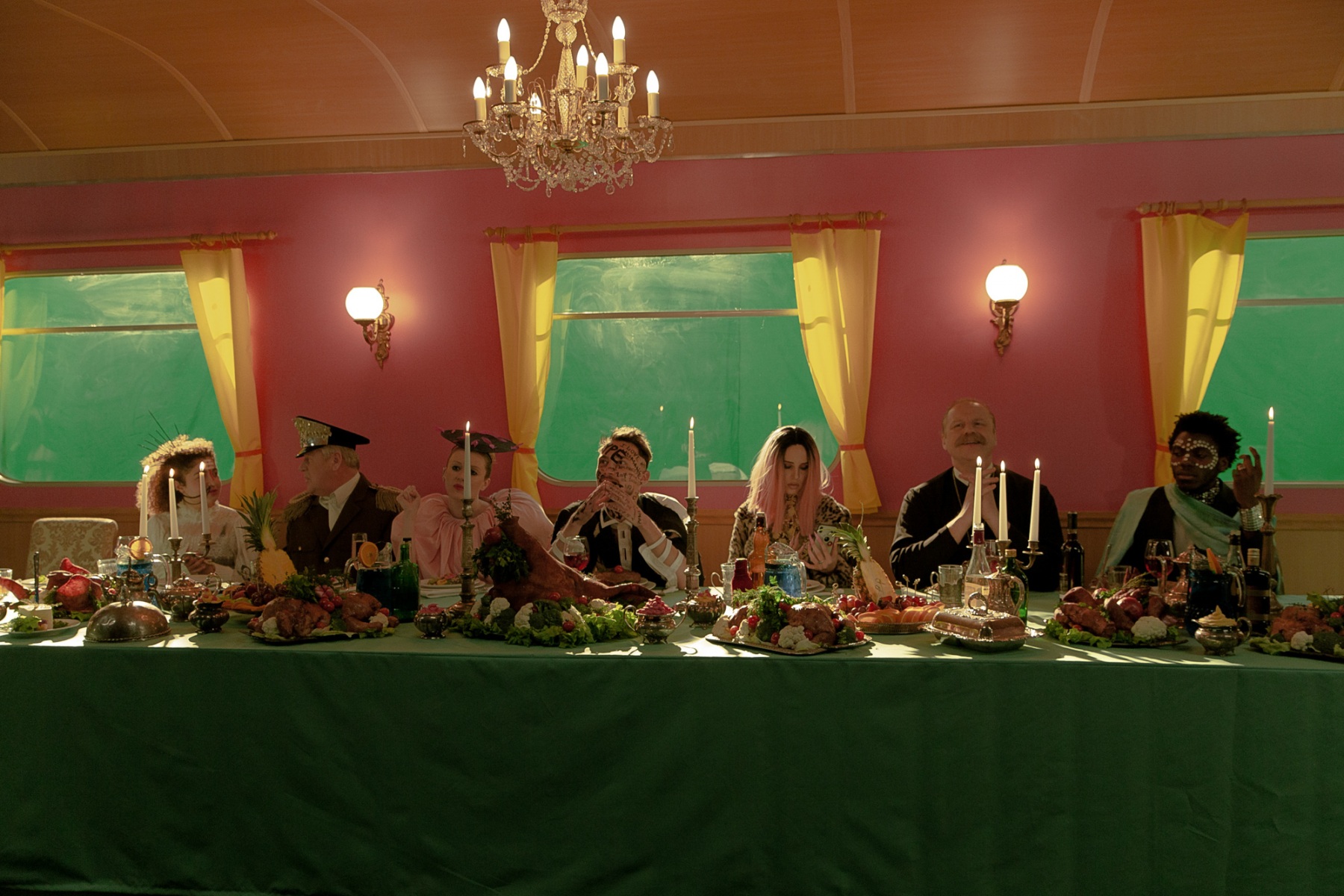 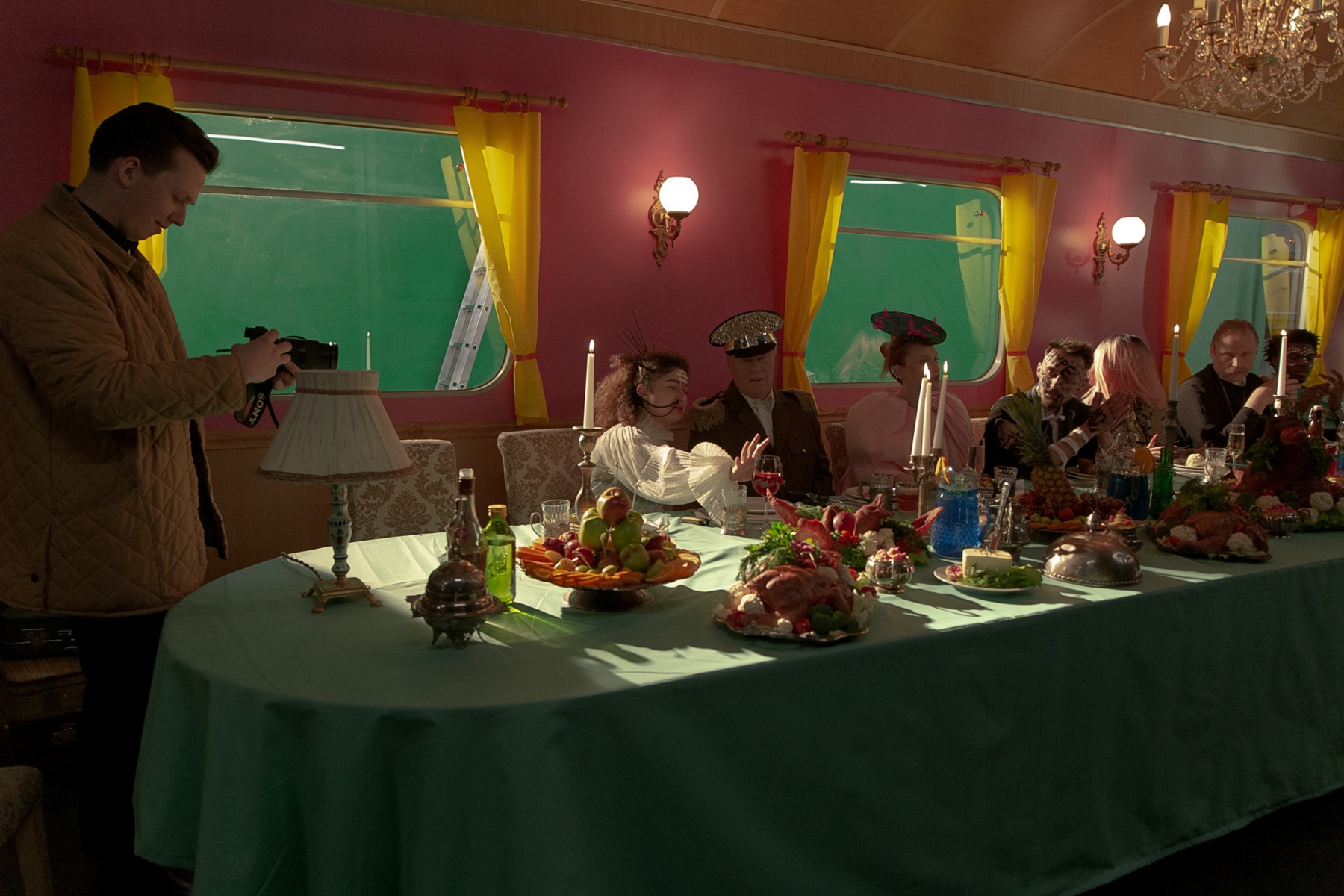 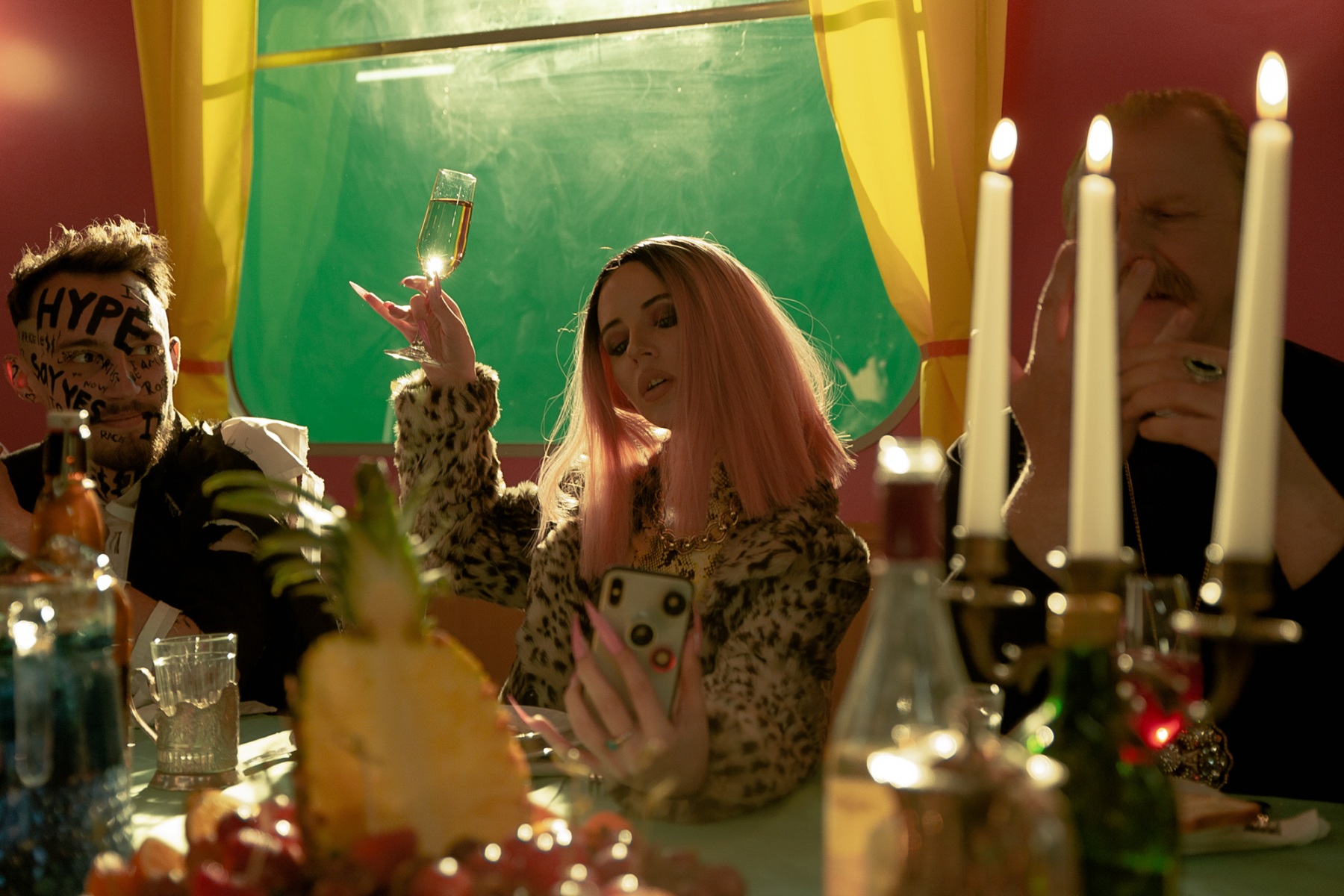 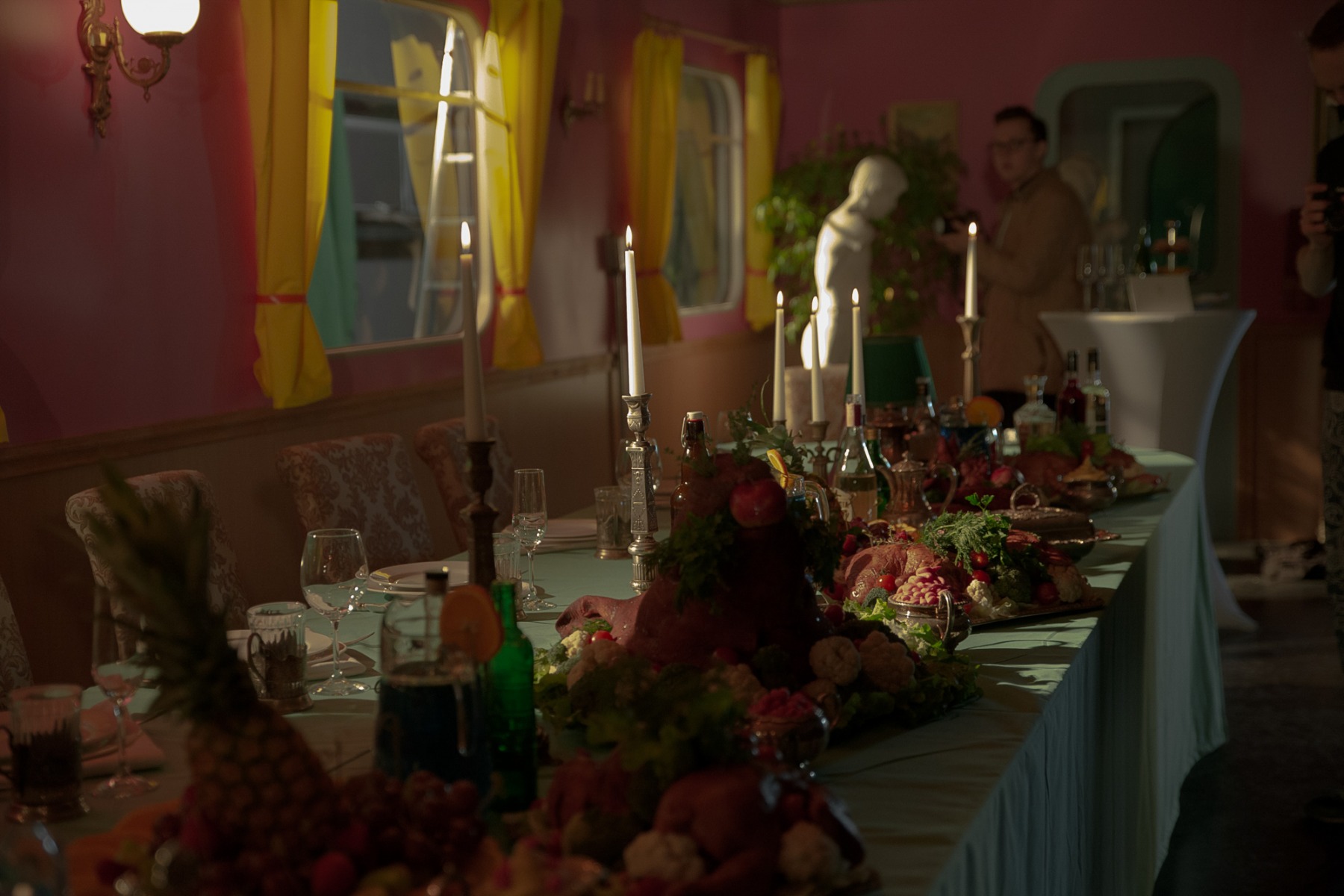 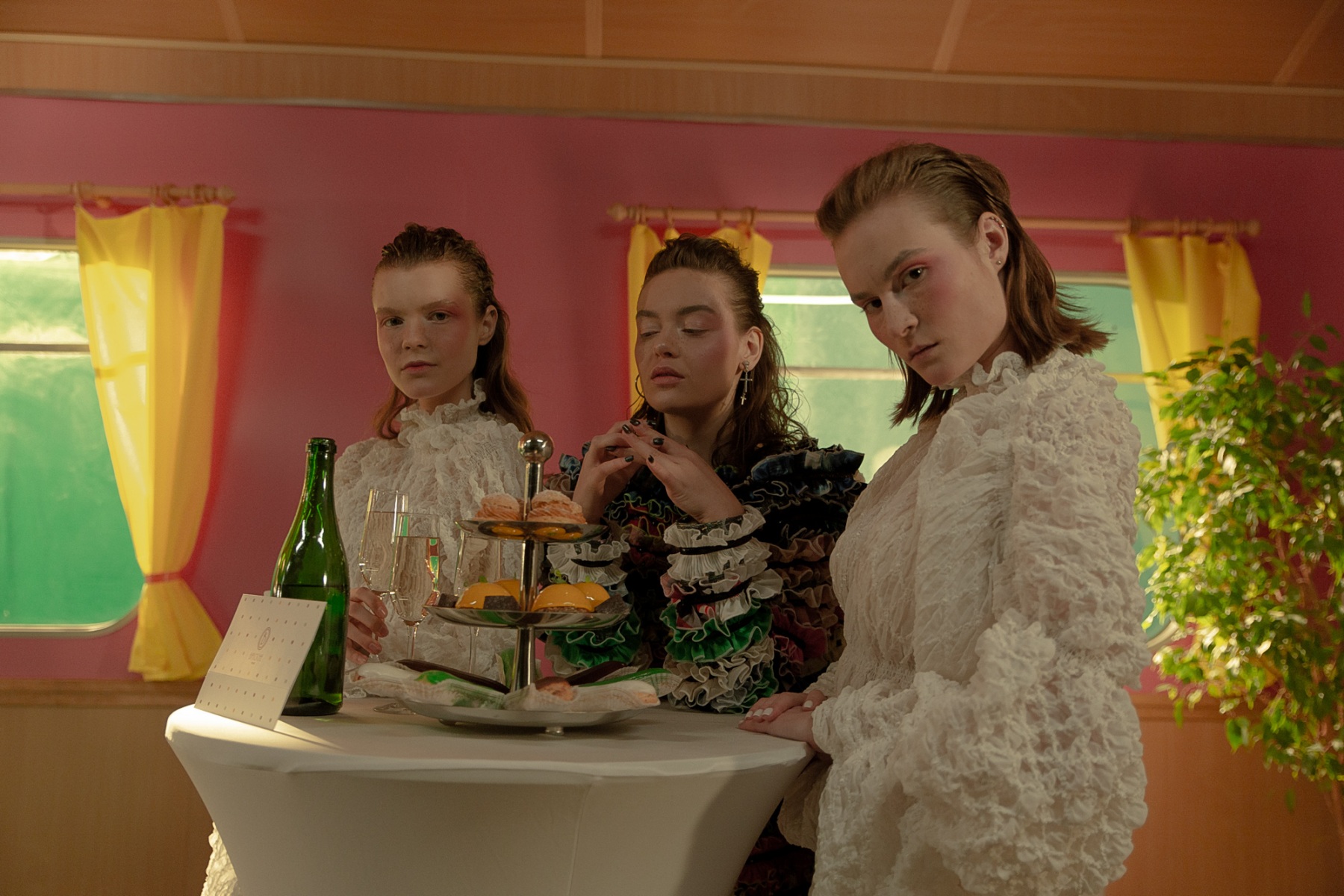 “We worked with Pete remotely and from a brief his label Sonar Kollektiv laid out. This gave us the overall orientation but we were inspired by his music and lyrics in the first place. In fact, the artist putting full trust in the director is the best practice because it helps look at the music from a new angle and find an off-the-wall solution.” I’m not sure how many music video directors take this approach, but it feels eye-openingly refreshing. So what happened next?

“The preparations took us around a month because we had to do the impossible: film a six-minute clip in one shooting day! The filming itself took about 15 hours but the editing took just a couple of days because we had already done it in our heads. Creating the scenes behind the windows was the most time-consuming job though because it’s all CGI.” So realistic that you actually believe it is a moving carriage, it wonderfully showcases the attention to detail felt in all aspects. In reality though, this becomes even clearer.

“Russian film director Valeriya Gay Germanika once said there are only two pleasant moments in filmmaking: One is thinking up an idea while soaking in hot water; the another is walking the red carpet at a festival. And then there’s hell breaking out between these two.’ In general, she’s got it right.”

“There were many nuanced tasks in the process, like serving an eight-metre long table with weird food. Not every commercial food stylist is up to such a task, but we found an artist with expertise in food technology. We still cannot understand how it happened though.” For those of you who have already seen the video, you’ll know it really is a sight to behold. However, for those who haven’t think Henry VIII style gluttony meets Alice In Wonderland! Moving away from the tasty feast though, we learn that this sense of utilising real expertise was incredibly key to the phenomenal final production.

“We initially regarded the video as a work of art or a short film, so we invited artists from all kinds of backgrounds and tried to give them space for creativity. There were many people linked with theatre, art students and independent artists in our crew of 40. In terms of casting though, we had a clear vision of what archetypes we were looking for and each character was inspired by real people from the fashion world, contemporary art, social media and political life.”  However, while having such a large number of cast and crew involved may have led to complications in normal circumstances, with the shooting process overlapping the peak of the pandemic other issues arose. “While there was no official lockdown in Minsk, many people went into self-isolation so we had to do a bit of reshuffling in the crew and cast. There were masks and sanitisers on set, but we were worried about the consequences. It’s safe to say now though that no one fell ill during the filming.”

As I’m sure all of you will agree, to have created such an immense visual at anytime would have been a huge achievement, but to do it this year makes it stand out even more. Every moment of it is crammed full with interest – almost as much as the aforementioned table is with food. Every time you watch it, you see something different, experience it in a different way and feel both in awe, and completely entertained by it. Little wonder then that was shortlisted in the top 3 best music video category for Krake Film Festival 2020!

Thanks DVACinéma for chatting with Listen to Discover
All images courtesy of DVACinéma & Juliya Bokhan.

Music Video Feature: Flor and the Sea: Kings and Queens