‘Delivering a musically versatile headline set, it was an incredible way for Chasing Deer to start their new sonic journey.’

Gig Review
When you have seen an artist or a band a few times, you always wonder how they can up their game from the previous set and deliver even more. So, having seen Chasing Deer twice last year – once at the Hope and Anchor and at the London round of Soundwaves Music Competition 2019 –  the chance to see them at Brixton Jamm was too good to miss. Adding more weight to this, it would also be the third date of their ‘Bad Decisions’ tour which was the follow up to their success at Soundwaves 2019. However, with such a difference in venue and a new line up seeing guitarist Fredrik Ceder and bassist Rory Evans join Rob and Adam, I wondered just how they would better what I’d already heard. Before they had even begun though, it was clear they would do exactly that.

Chatting with both lead vocalist Rob and drummer Adam ahead of their headline set, it was clear that not only were they both as excited about this opportunity as those who were there to see them, but the set would signal a new sound for them. Now in their third line-up, with as Adam put it ‘us [Adam and Rob] being the mainstays’ the previous horn-infused sounds were replaced by bass guitar and electric guitar. However, while it was evident the line up was different, the sheer enthusiasm that excuded as they chatted about the new sound and forthcoming projects, was as high as ever. So, with additional support artists in the form of folk-noir duo The Velveteen Orkestra and electro-acoustic trio Luca FD making way for the powerful, pop-rock infusions of tour support Last One Home, it was time for Chasing Deer’s inimitable sound and showmanship to fill the room.

Proving right away that the aforementioned changes wouldn’t affect every aspect, the pre-recorded PA style announcement that I so loved the first time I heard them, ensured that the right tone was set. Immediately the room was hooked. Just as much as musical hooks and riffs held within the first track, and breaking into the ringing introduction of ‘Another World’, the perfect, impactful opener was delivered. Sure there were ‘Deer Chasers’ at the venue, but if the band wanted to make sure they gained new ones straight away, this was most definitely the way to do it. This said, for those who had heard it before, you couldn’t help noticing the completely refreshed sound with rockier injections and new vocal harmonies. Something which also transferred into the pushing, power-driven sound of their second track ‘Perfect Storm’. 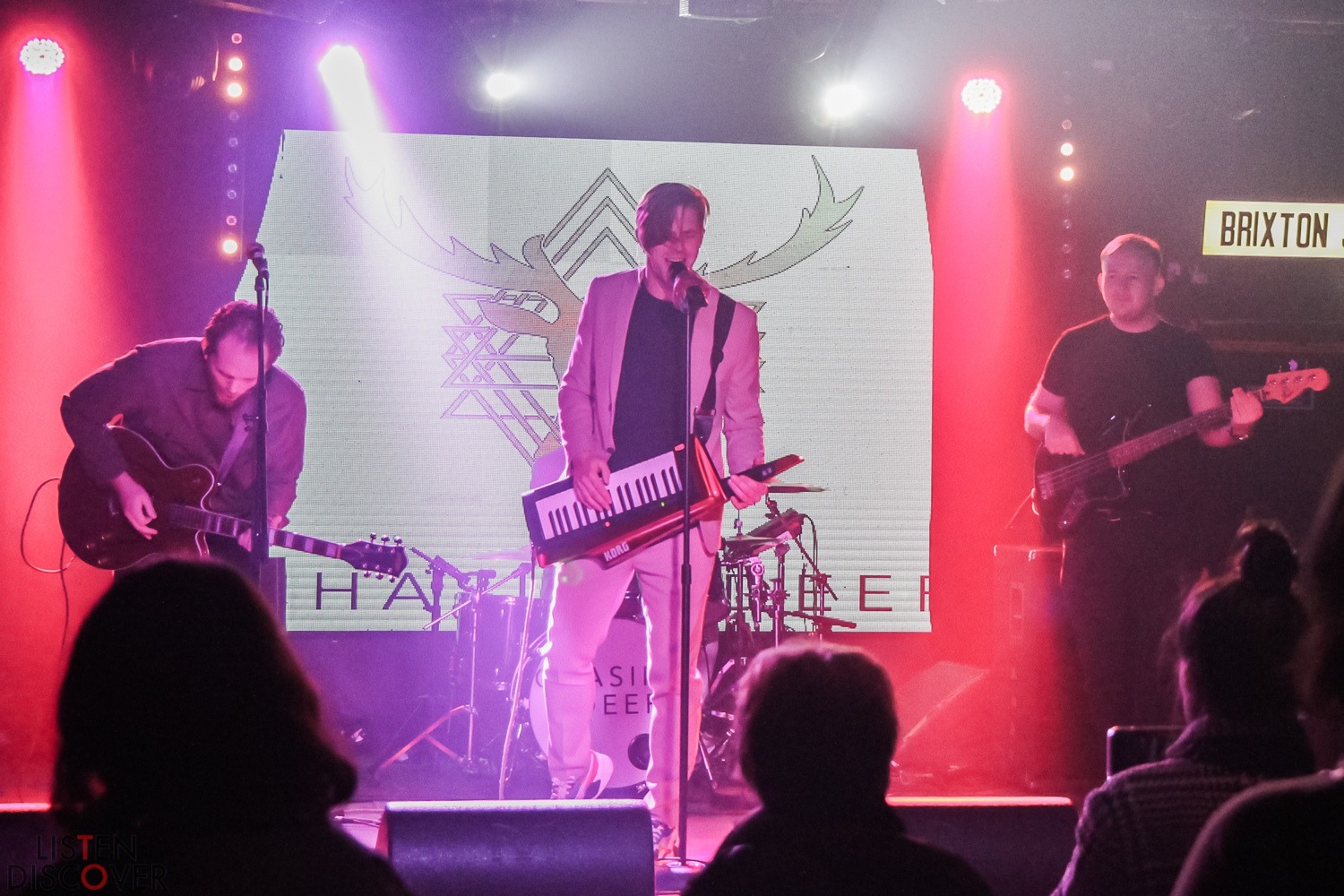 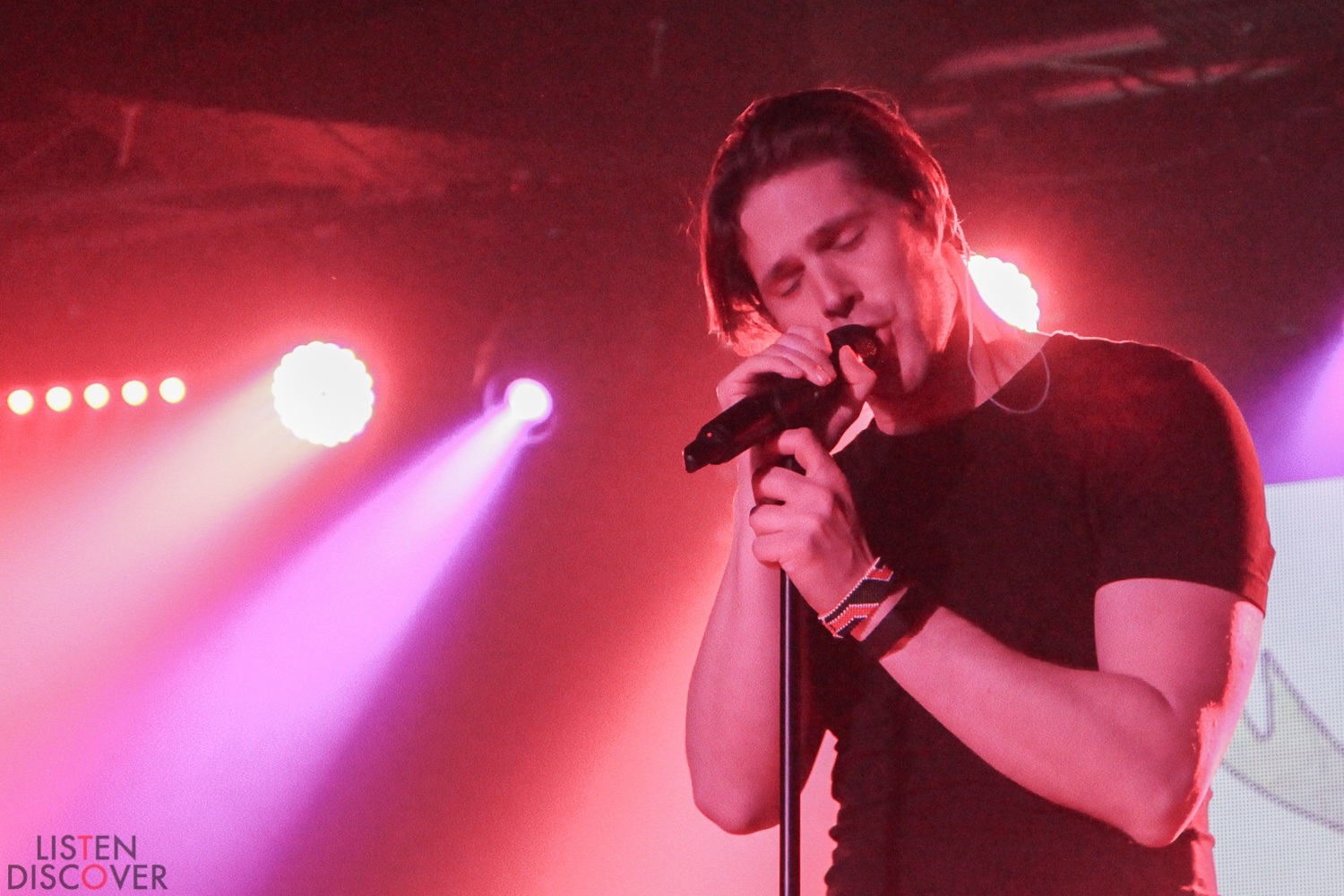 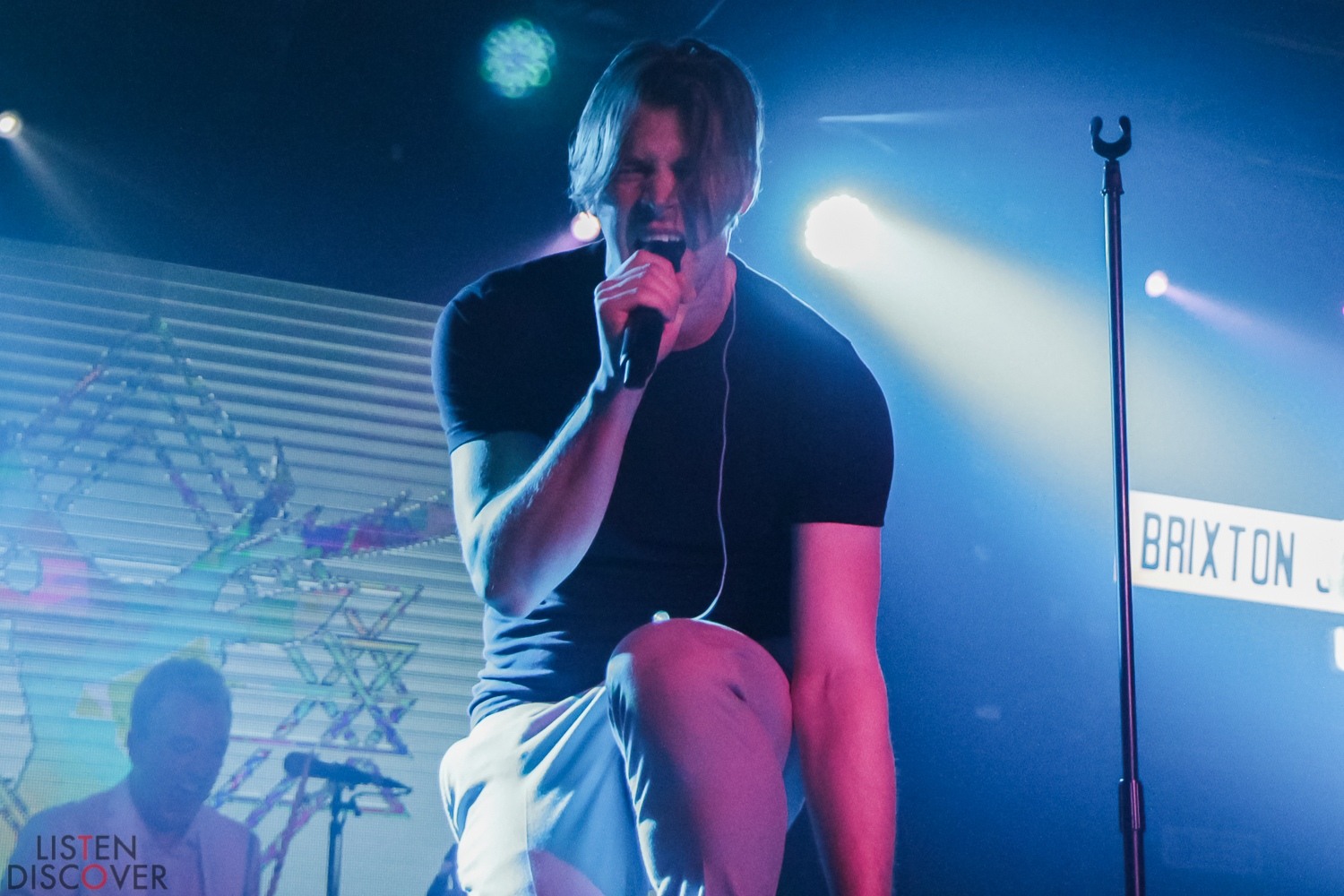 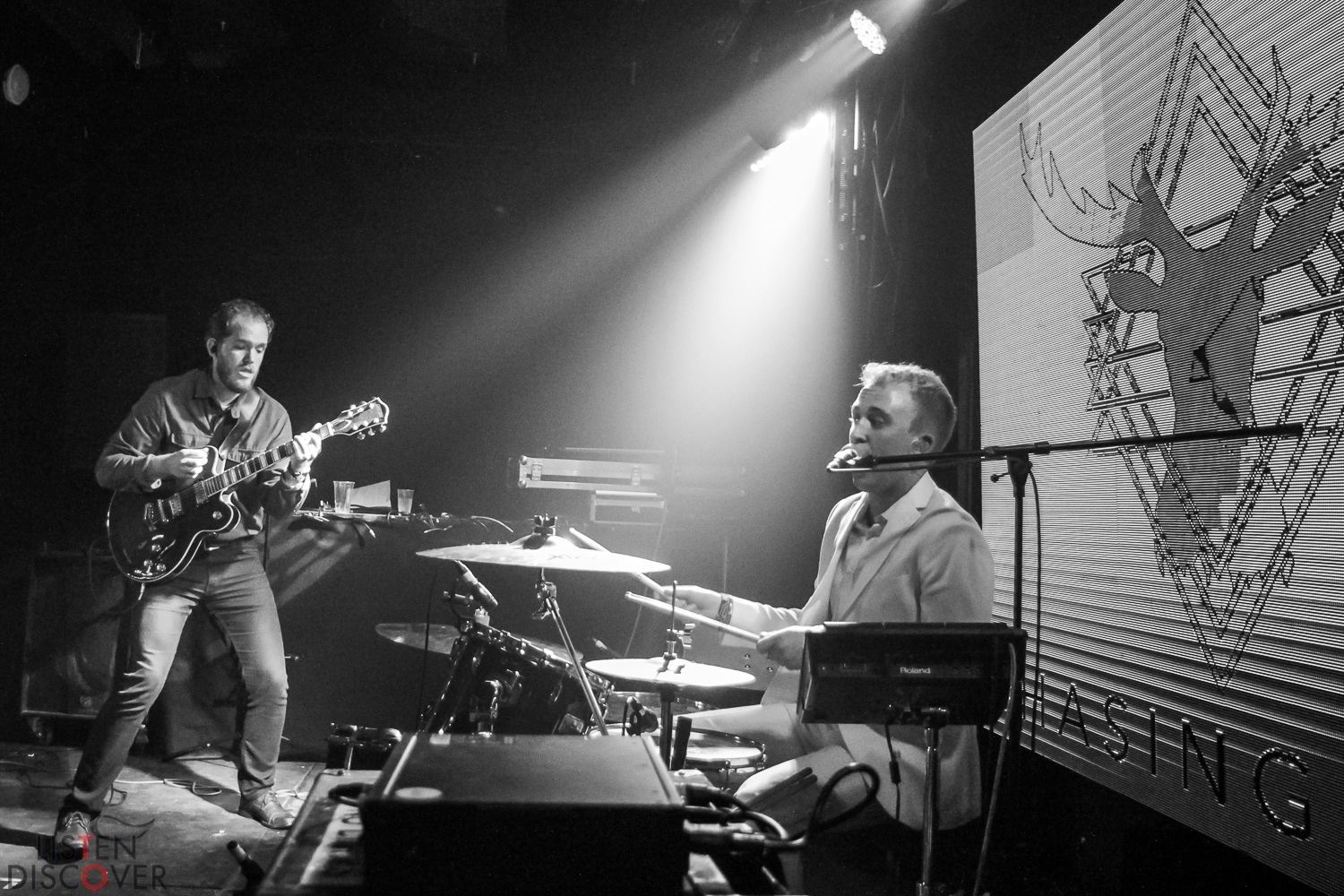 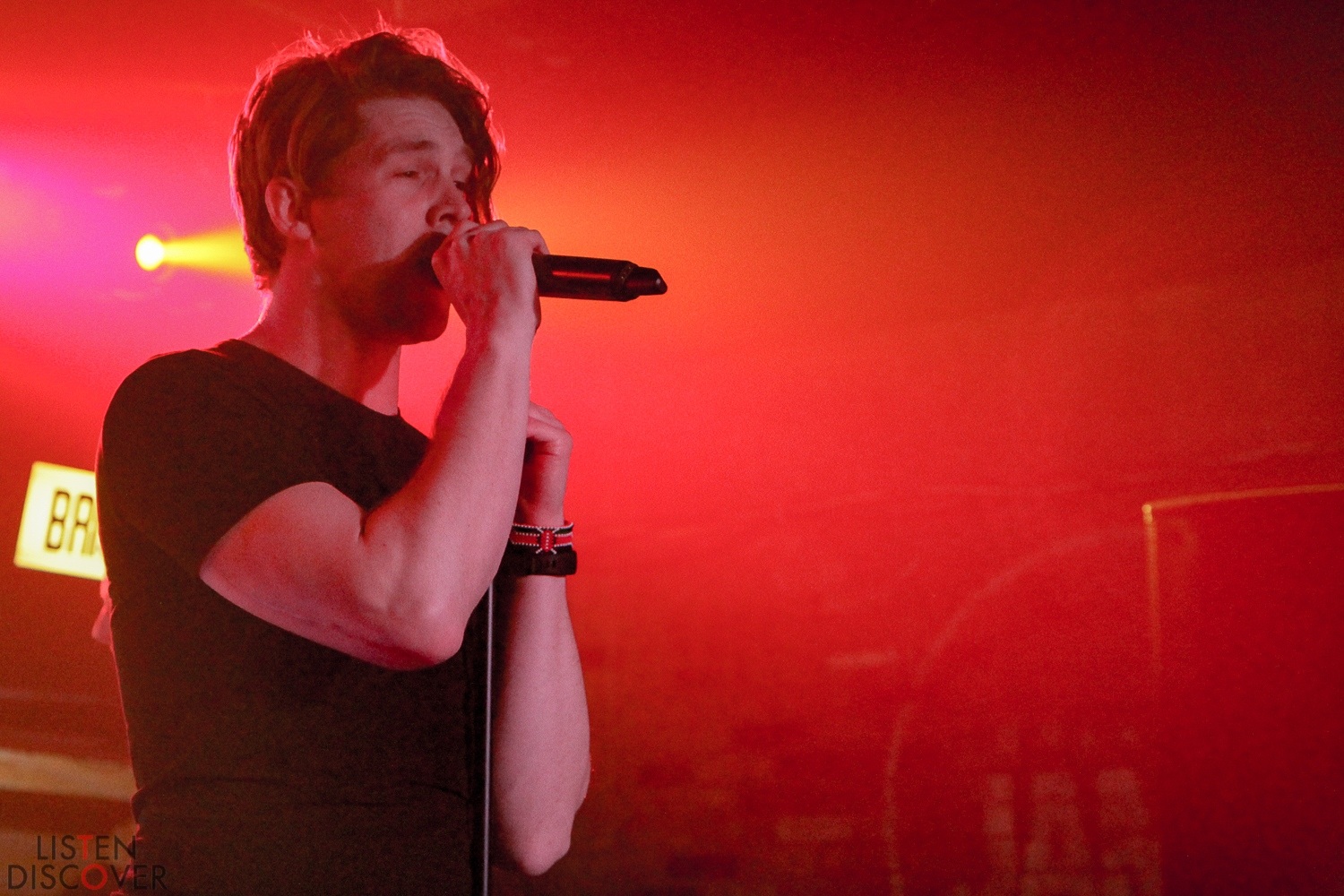 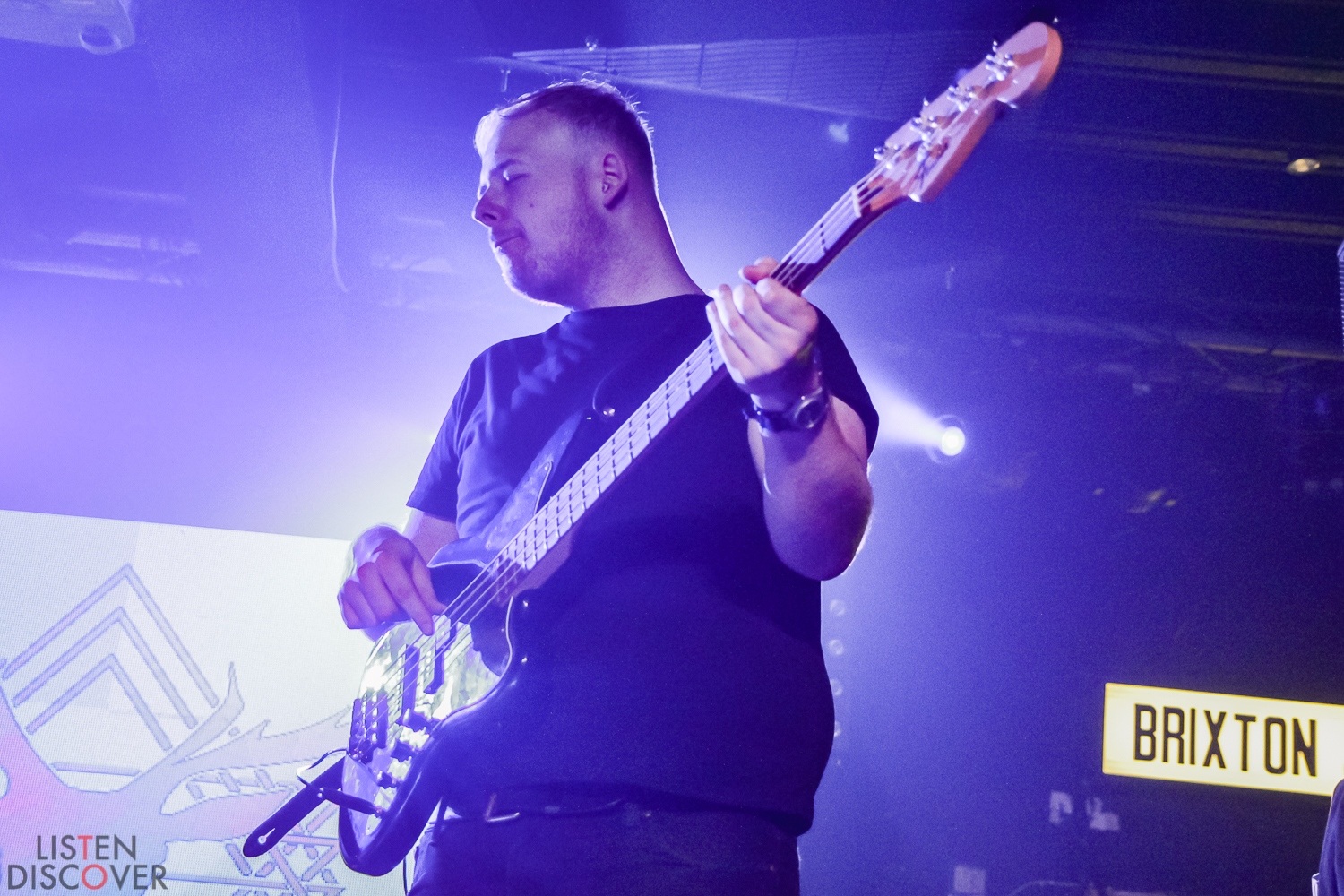 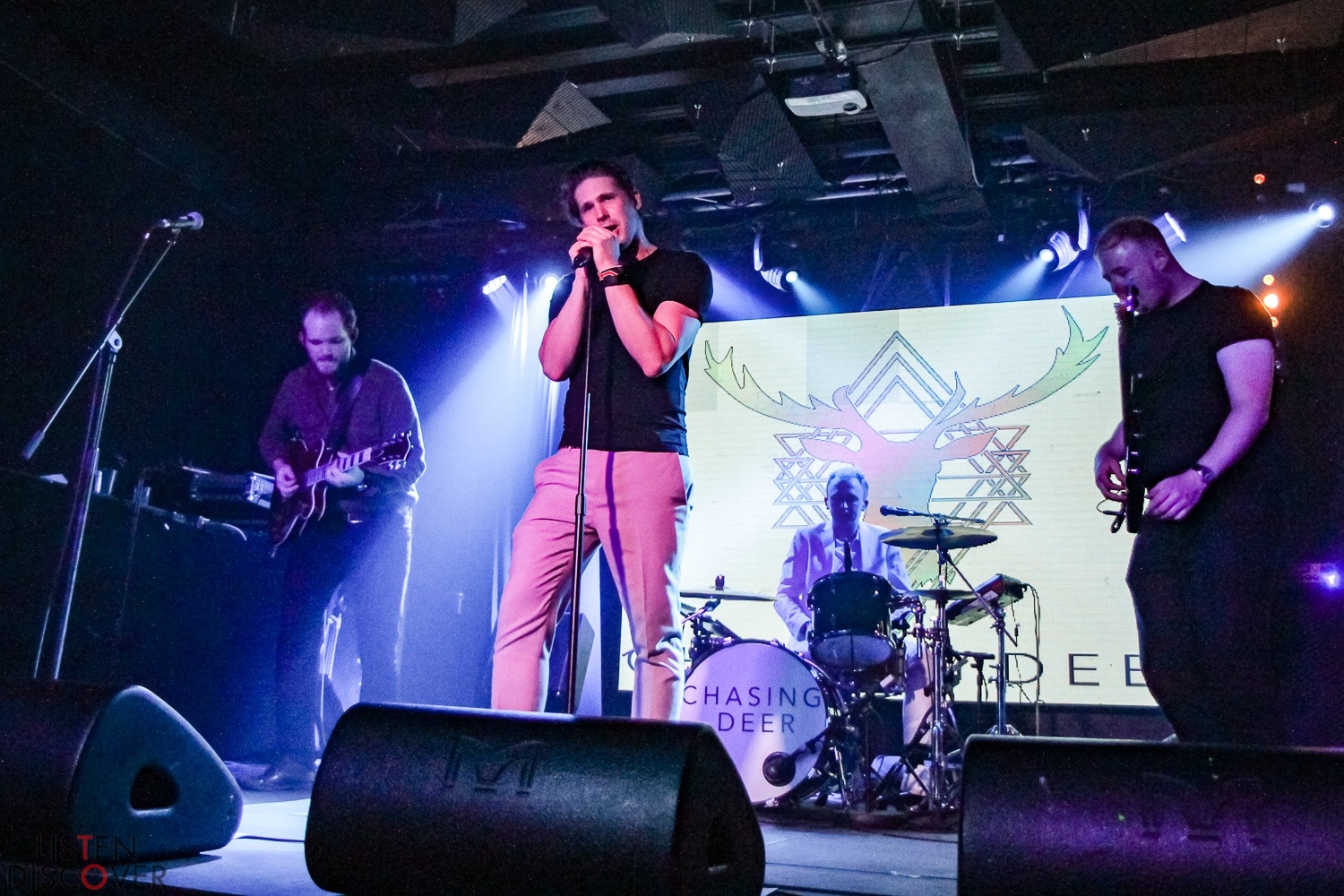 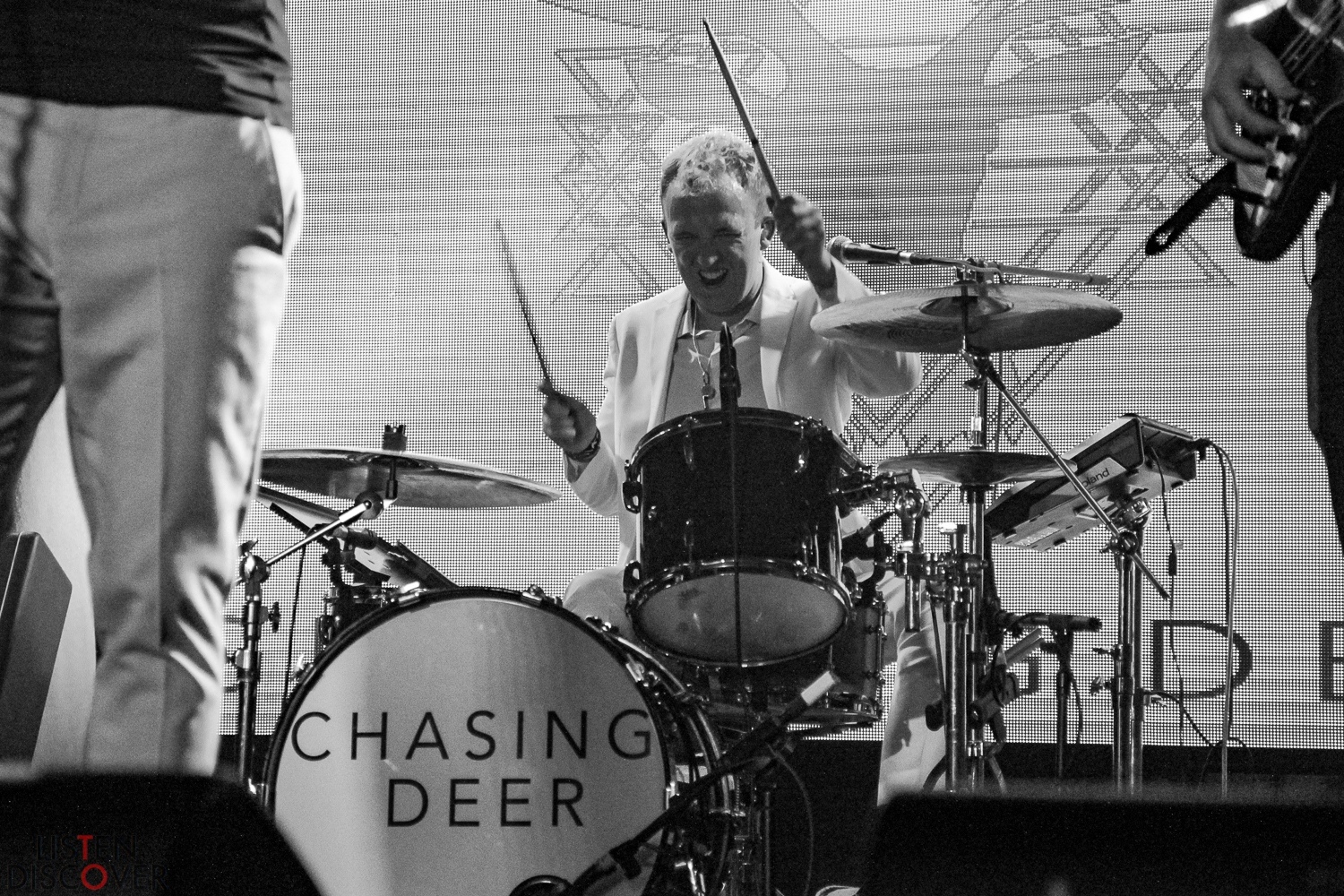 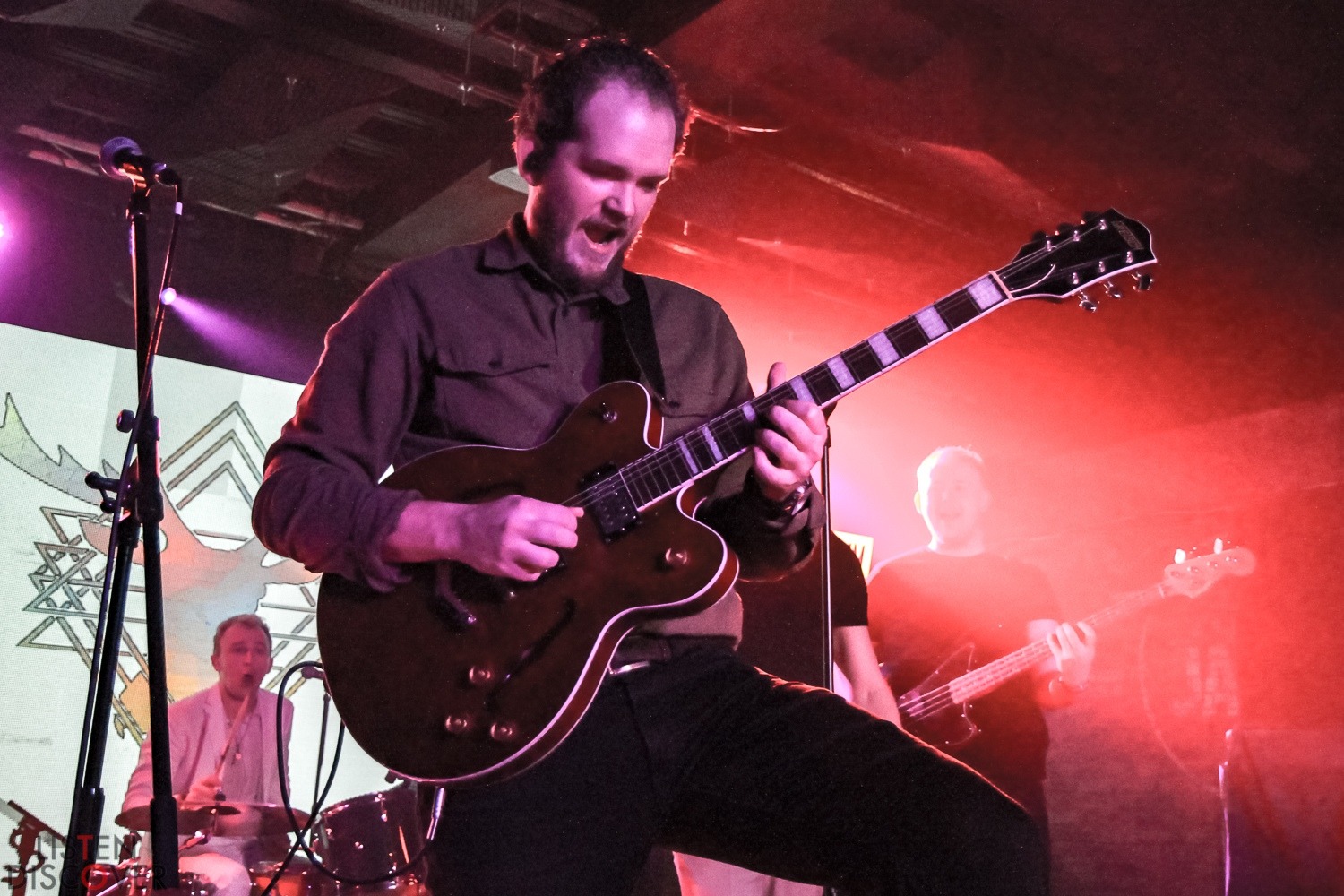 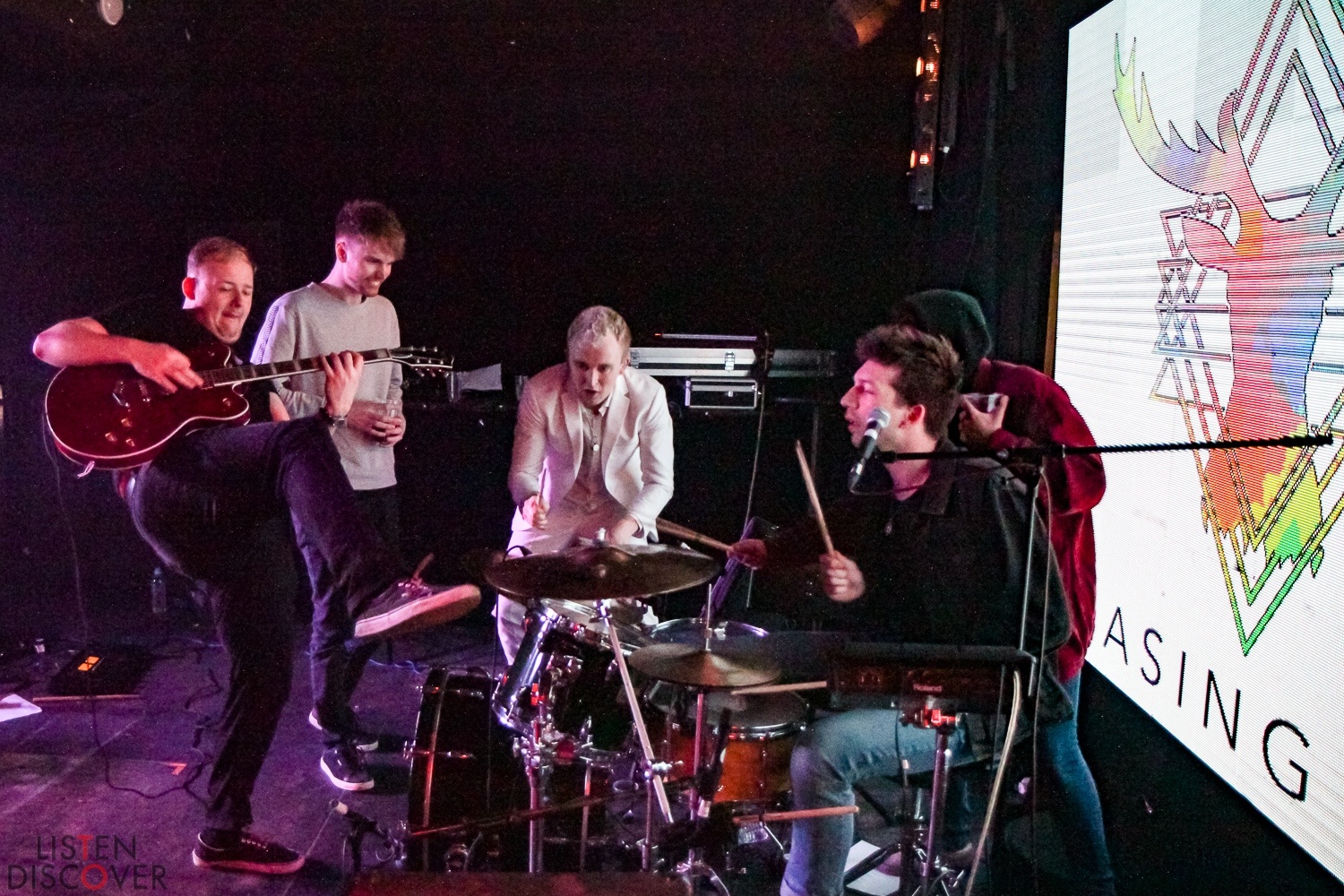 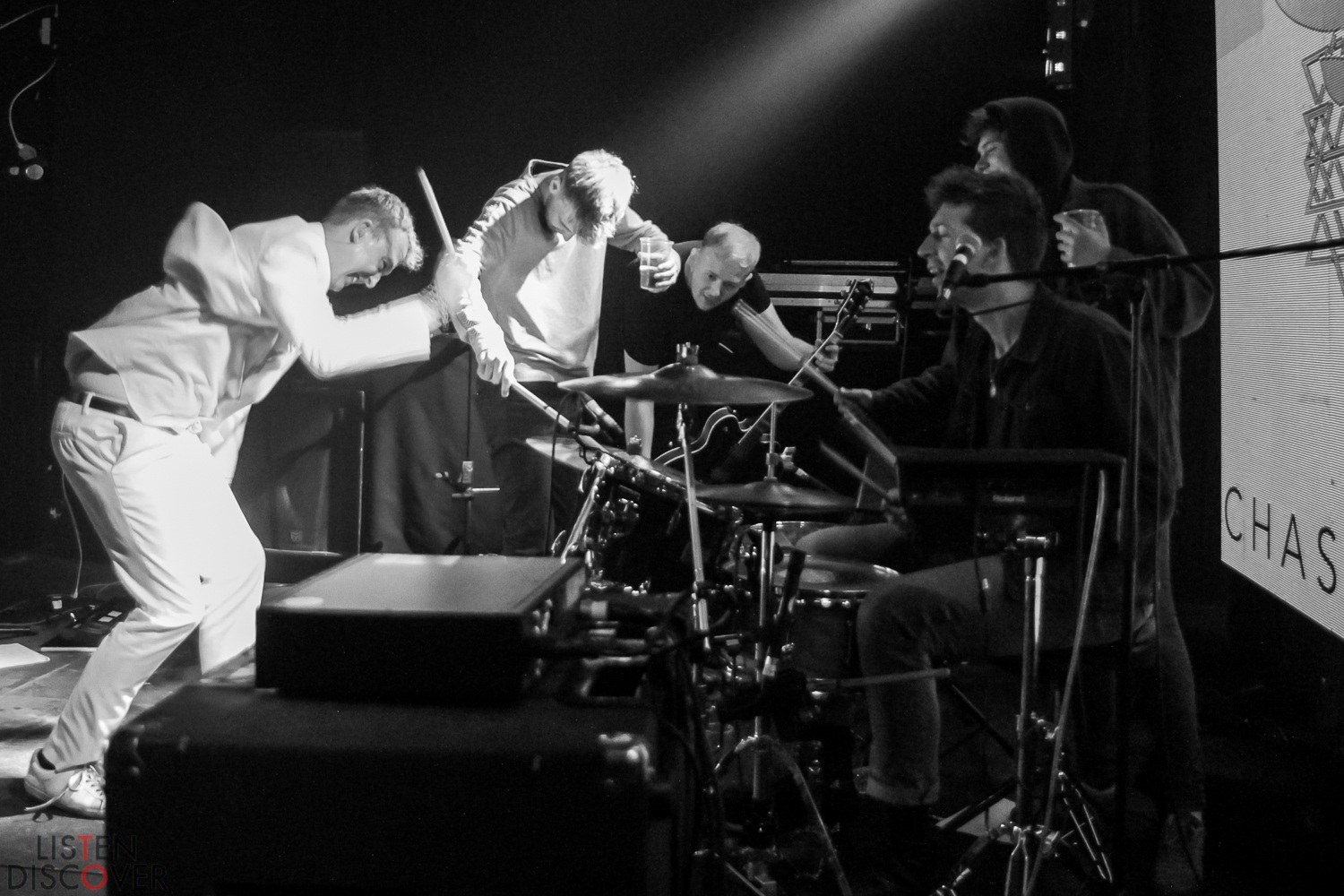 With the opening two tracks working seamlessly together, ahead of the third it was time for Rob to introduce the set. Aiming to let the music do the talking initially, the delayed introduction was exactly where it should have been, and after telling us about the tour, they headed into the track it was named after. Truly showcasing how Chasing Deer’s new sound could be fully exploited, the forthcoming release ‘Bad Decisions’ – which is highly likely to get coverage when released – delivered an incredible mix of soaring, soulful and deeply resonating vocals alongside dominating drums and guitar power chords. Completely different from what had come before, it was an absolute triumph of a track and being the first of three new releases, it was also a phenomenal way of signalling a new sonic direction.

Having given us a great balance of old and new tracks, the mid-point saw the arrival of a cover track, one that would prove to be a real treat. Rightly so, some of you may feel that when an artist includes a cover, they are simply filling out their set. But sometimes – this being one of those times – a cover has a real reason for being there and knowing ahead of the set it would be a Rick Astley track, I knew it would work perfectly. However, while you may be thinking of what it would be, the choice was far from predictable. Putting a Chasing Deer spin on Astley’s 2016 release ‘Pray with Me’ they took it away from the original and totally turned it into their own. Truth be told, I didn’t know the track, but among the others, it could well have been written by the band themselves. Equally, in seamlessly switching back to own material, the appropriately high-level stagecraft and musicality brought by the full-on energy of ‘Take Me Up A Level’ proved their full versatility.

With the set to this point mostly centred around their 2018 album ‘Hands On’, the penultimate pairing of tracks delivered a combination of nostalgia and regeneration as well as a final preview of forthcoming releases. Initially taking us back to their roots with a reworking of 2015’s ‘Rewriting History’, you couldn’t help but smile at the fact that by performing it with a new line up, on a tour they probably hadn’t even dreamt of 5 years prior, meant they were effectively rewriting their own history at that very moment. Likewise, taking this a stage further with the yet to be released track ‘The Greatest’ the horn sounds held within their winning performance at Soundwaves were transformed into something even more driven and totally in line with where they are now. This said, if it was more driving musicality you wanted, exactly that was soon to arrive.

Delivering an appreciation filled link ahead of the final tracks, Rob noted the previous artists of the night and his fellow band members. Displaying such enthusiasm for all, it was a wonderful chance to see that what is contained in the performance elements runs through every aspect of what Chasing Deer do. Sure it was their headline night, but with such support towards the other artists, and proudly speaking about the use of British Sign Language in their music, you saw the true sense of pride they have for what they create. However, no more was this approach to shine through than when the final two tracks – ‘Out of Time’ and the hard-hitting ‘Placebo’ – made way for a house rocking, chaotically collaborative Chuck Berry cover alongside Last One Home.

All photos copyright of Listen to Discover. See more from the night at: Gig Photography: February 2020